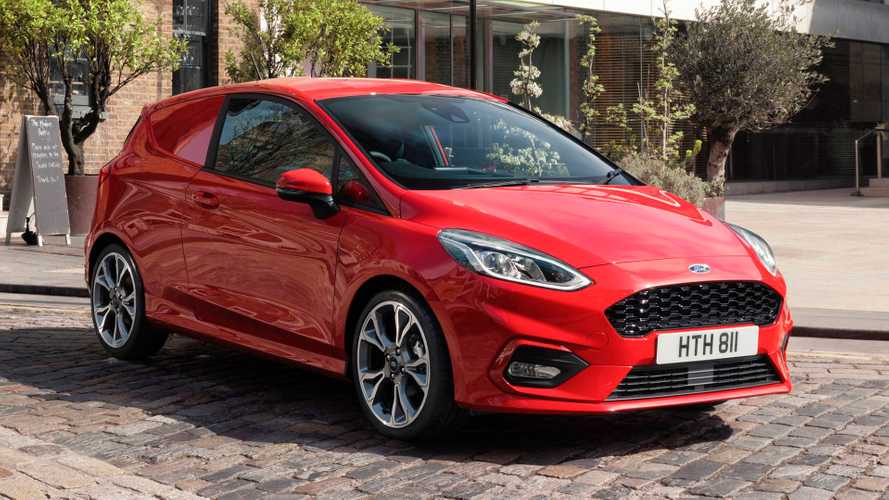 Ford has revealed the new Fiesta Van at the Commercial Vehicle Show in Birmingham.

Slotting in at the bottom of the Ford van range, the newcomer is based on the company’s three-door Fiesta supermini, which is currently Britain’s best-selling car.

Unlike the normal Fiesta, though, the commercial version does without rear seats and rear windows, replacing them with a 1.3m-long, 1,000-litre cargo bay lined with rubber and separated from the front seats by a composite-and-mesh bulkhead.

Further forward, the cabin has been enhanced with new seat upholstery and trim materials, as well as a fresh steering wheel, gear lever and pedals.

The headline, though, is Ford’s Sync 3 infotainment system, which comes complete with an 8-inch iPad-style touchscreen that sits atop the dashboard. The system is compatible with Apple and Android smartphones, and the AppLink feature allows apps such as Waze to be operated via the central touchscreen.

The Sync 3 system also gets Ford’s new FordPass Connect technology, which turns the vehicle into a wireless hotspot capable of connecting up to 10 devices, as well as sending vehicle health alerts and location to the driver’s smartphone. The app even allows the owner to lock or unlock the vehicle remotely.

Other technology on offer includes a range of safety-related kit. Lane-departure warning is a standard feature, but customers can specify an automatic emergency braking system, adaptive cruise control and blind-spot monitoring as optional extras.

Prospective buyers will also get a choice of engines, with the 123bhp 1-litre EcoBoost petrol engine supplemented by the 1.5-litre diesel with 118bhp.

Customers will also be able to choose a Sport Van model, which gets a prominent rear spoiler and more aggressive bumpers taken from the passenger-carrying Fiesta ST-Line.

'Fiesta Van set a standard in its class as a compact, versatile and economical hatchback van. Based on the new passenger-carrying Fiesta, it's now even more stylish and packed with the latest technology to keep you safe and connected.' said Mike Geaney, Ford of Europe's commercial vehicle director.