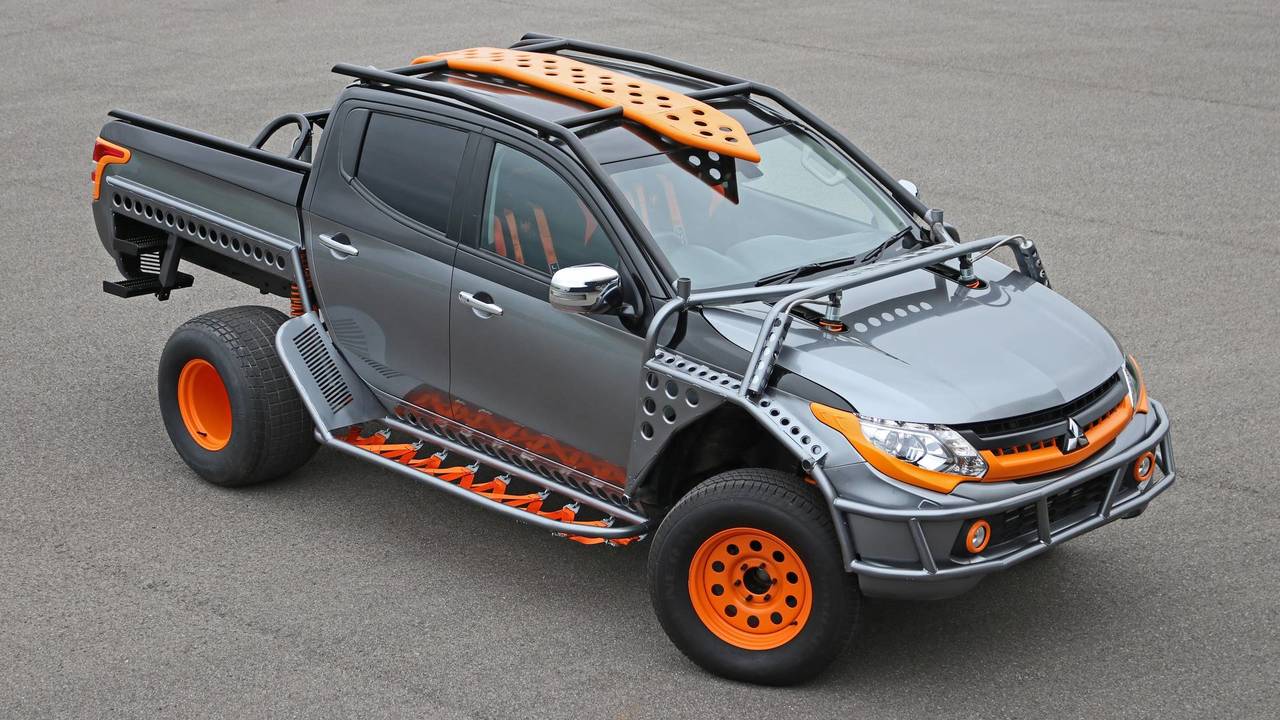 Boyzone singer Shane Lynch and Mitsubishi have teamed up to build a unique pickup for Fast & Furious Live.

The L200 features as the part of a street racing sequence of the show which is currently performing in UK cities following a successful debut at the O2 Arena earlier this year. It's been radically reworked for the show and features an aggressive bodykit with wider wheel arches, as well as huge 15x15 bespoke wheels. Its grey and orange colour scheme inspired the new L200 SVP II which was revealed recently.

Inside the truck has been stripped out, with just the bare essentials, plus a pair of Corbeau carbonfibre bucket seats and four-point Luke race harnesses remaining. Power comes from an uprated version of the car's standard 2.4-litre turbodiesel engine – which has been modified by fitting a hybrid Garrett turbocharger, as well as a custom side-exit exhaust and manifold – larger, front-mounted intercooler, and an ECU remap to take advantage of the increased turbocharger size and the freer-flowing, 3D-printed air intake and performance air filter.

'Mitsubishi Motors in the UK and Shane have helped us to bring something very special to our live arena production,' said James Cooke-Priest, CEO of Fast Live Productions. 'The truck sits perfectly alongside the incredible vehicles that have captivated viewers of the Fast & Furious franchise and is one for audiences to look out for in our adrenaline-packed production. We’re very grateful for the support of Mitsubishi in the arena and behind the scenes.'

The unique pickup is one of three Mitsubishis featured in the touring show, alongside a Lancer Evolution which the audience modifies, and the bright green Eclipse featured in the first Fast & Furious film. The show also made use of a fleet of standard L200s as official support vehicles during production.

Lynch, who helped Mitsubishi create the one-off for the show, is a professional drifter and former GT racer, while his sister Naomi is one of Fast & Furious Live's choreographers.

Following its stint in Fast & Furious Live, Mitsubishi intends to use the modified L200 itself at shows and events.