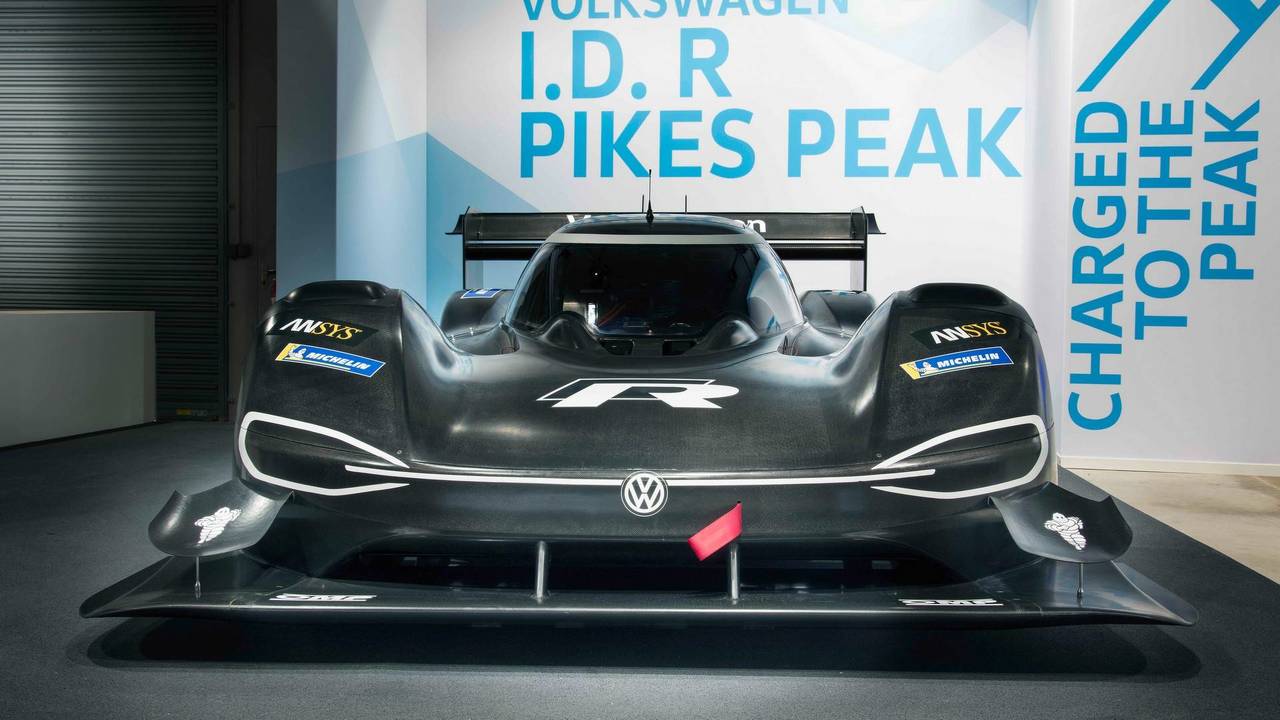 The all-electric car will tackle the famed mountain in June.

Volkswagen has unveiled the car it will tackle Pikes Peak with later this year. The German brand hopes it will be able to break the electric record with the car, which is currently held by Rhys Millen, who set a time of 8minutes 57.118seconds in the purpose-built e0 PP100 back in 2016.

Volkswagen's new car, dubbed the I.D. R was unveiled earlier today in Ales, France ahead of an initial shakedown run. The car is powered by 680bhp electric drivetrain that sends the power to all four wheels and produces 480 lb-ft of torque, helping it launch to 60mph from a standstill in just 2.25 seconds, making it quicker to the benchmark than either a Formula E car or indeed a Formula 1 car. Top speed is rated at 150mph.

'As with the Volkswagen brand's production vehicles, fully-electric racing cars will also play an increasingly important role for us in the future,' said Sven Smeets, Volkswagen Motorsport director.

'The cooperation within the group really helped us, particularly given the tight schedule. For example, we received support from the Volkswagen battery plant in Braunschweig and worked together with the technical development department in Wolfsburg.'

Volkswagen's record attempt will be handled by former Porsche Le Mans driver Romain Dumas. Dumas is a Pikes Peak veteran, winning three of the last four events at the event in Colorado.

The German bran'd last factory effort at Pikes Peaks was in 1987 where it came close to taking overall honours at the 12-mile hillclimb.

Volkswagen sister brand Bentley will also be attempting a record-breaking run at Pikes Peak this year. The British Brand will be aiming for the production SUV record with Millen behind the wheel.