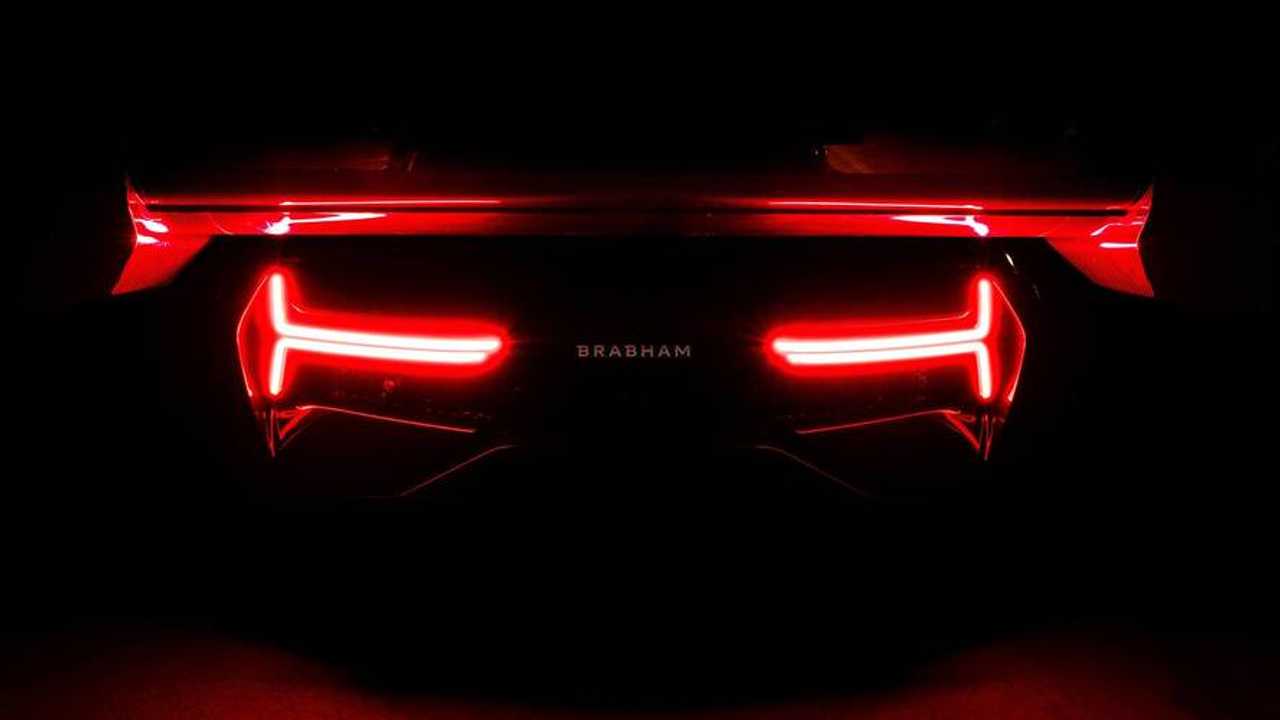 The real thing will arrive in just two weeks.

Brabham has dropped yet another teaser of its upcoming new car just two weeks ahead of its official unveiling.

The image, which gives a little away, shows a low-slung sports car with thin LED tail lights and a big rear wing, showing that this is indeed one serious effort from the new Brabham team.

While the car is very much intended to be driven on the road, at the same time the new BT62 has been developed with the track in mind and will have some extreme performance potential says Brabham. Weighing in at just 972kg dry and packing a naturally aspirated 5.4-litre V8 engine, the new car will have a power-to-weight ratio of close to 720bhp per tonne.

Weight saving and an aggressive aerodynamic body configuration will help the car stick to the road – over 1,200kg of downforce will be produced by the car.

If you want a piece of the Brabham resurgence action, it'll cost you – £1 million plus local taxes to be (almost) exact. Only 70 cars will be built, with deliveries set to begin later this year. Owners will also have the opportunity to join a driver development programme which will help them reach the car's full potential on track.

Following the car's reveal, it will go on show in central London on Friday 4 and Saturday 5 May, among a collection of historic Brabham racing cars and memorabilia. Tickets are available to purchase here but places will be limited so you had better make sure you snap one up quickly.