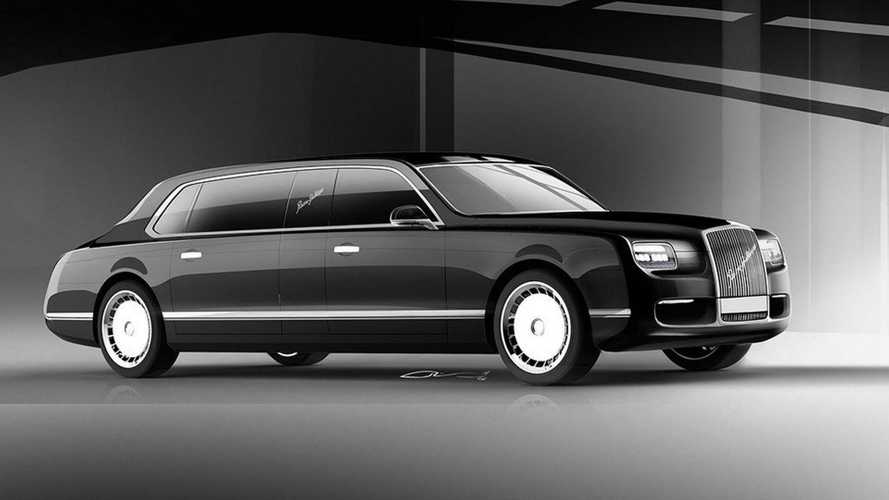 There's been a long development and testing period for Russian president Vladimir Putin's new luxury limousine – which is only understandable for one of the world's most powerful men – and now that the new car has passed its crash testing, it seems that Putin could soon be enjoying the ride and comfort of modern Russia's finest.

Russia's trade minister Denis Manturov told national daily newspaper Russia Today that the car could see its first action in public at Putin's presidential inauguration on 7 May – what better way to form a new government and denounce your western foes than from a position of comfort and luxury?

The car is set to be delivered to the Kremlin before the end of April, which will give Putin time to decide which side of the car he likes best. The newly re-elected Russian premier is said to have been closely involved in the project, even finding the time to get out of the office and drive prototype versions.

It's fairly understandable that there's limited specific information that's been released about the president's new armoured luxury car – engine-wise, the limo is said to be getting a Porsche-developed 4.6-litre V8 turbocharged engine that offers 592bhp and 650ft lb of torque. The transmission is a Russian-developed nine-speed automatic. The whole initiative is called the Cortege project, and development of the cars has been carried out in conjunction with Porsche and Bosch.

Other choice features will likely be in line with the usual expected standards of a prominent head of state – Donald Trump's limo features a closed air supply, spare blood in case the worst happens, and inches-thick armoured plating across the car. In fact, the US car can withstand a direct hit from a rocket launcher.

The Russian presidential limousine project sounds like it could be the business plan for a new automotive startup – from the initial platform a whole range of cars are being developed, with saloon, MPV and even SUV derivatives on the way. In fact, the startup notion is not far from the truth – thousands of the new cars will be produced next year for use by government departments and the Russian security services before going on sale to the public in 2019. The Russians are said to have spent around £85m developing the new vehicles.