This is the bonkers new BMW M2 Competition 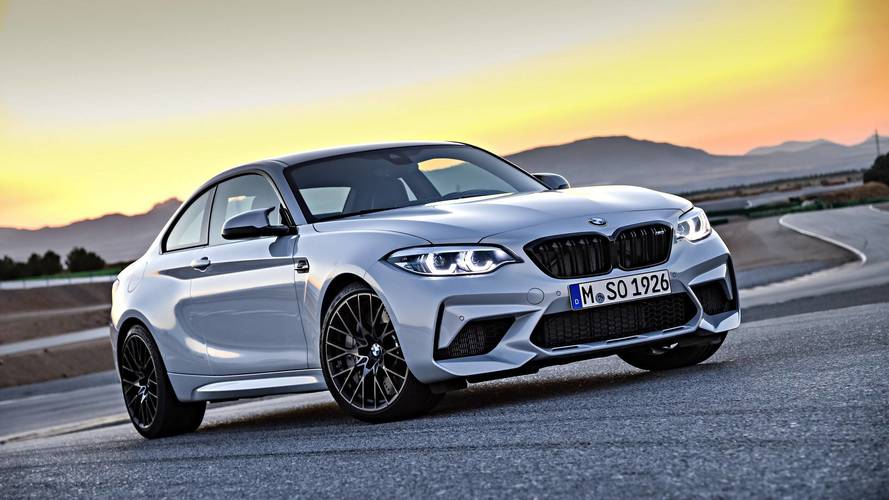 BMW has unveiled a hotter version of its baby M car, the M2 Competition. We'd already seen a leak of the car, but now the boys from Munich have shown off the car in all its glory.

So what is the M2 Competition? Well, it's an M2, just more of it. The 3-litre inline-six engine has 40 more horsepower and 63 more lb ft of torque, now delivering 405bhp and 406lb ft. That, mated to the standard six-speed transmission, shoots the car from 0 to 62mph in just 4.2 seconds. Opt for the dual-clutch gearbox, and that time is cut by 0.2 seconds.

Unfortunately, because the M2 Competition is German, it gets the typical 155mph limited speed treatment, unless you opt for the M Driver’s package which raises the limiter to 174. The fuel consumption figure of 28.5mpg is a good sign of how much fun the car will be – you'll be buying a house with the Nectar points.

BMW took the cooling system from the M4 Competition, while there's also a lightweight crankshaft and special cylinder liners that help the car get to a 7,600-rpm redline. There's more M4 carry over too, with the carbonfibre reinforced plastic (CFRP) strut brace and aluminum axles from the bigger car also finding their way onto the M2 Competition.

The soundtrack is helped by a new sports exhaust system that, using flaps, can make the car louder or quieter depending on which driving mode in selected.

It's not all about performance though. The M2 Competition also adds parking sensors,  and more optional active safety features such as pre-collision warning and braking, lane-departure warning, and navigation.

The M2 Competition is all set to arrive this summer. However, unlike the name suggests, it won't be an upgrade or hardcore alternative to the standard M2. Instead, the Competition will completely replace the car that has been on sale since 2015.

The new M2 Competition is available to order from mid-May with prices starting from £49,285.