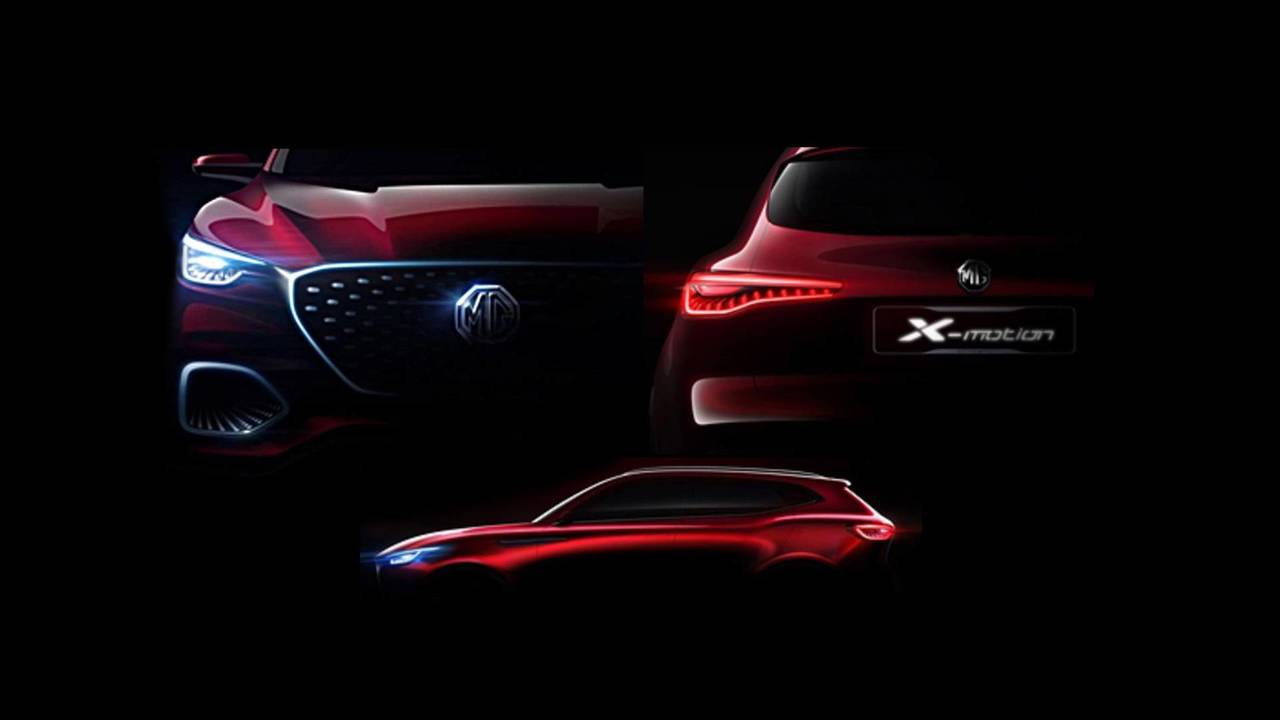 We could be getting it in the UK if the numbers add up.

MG is set to reveal a new SUV concept at the Beijing motor show next week, and it could be on its way to the UK.

MG's Chinese parent company, SAIC, released a series of tiny images this week teasing the new concept car ahead of its Beijing reveal – from the details released so far we know that the concept SUV is based on the larger Roewe RX8 that is currently only sold in China. The real-world underpinnings show that MG is serious about putting the car into production – it could be on sale in China as early as 2019.

The Roewe RX8 is powered by a 2-litre turbocharged petrol engine that would seem a likely candidate for shoehorning into the MG X-Motion's eventual production version. The company sells GS and ZS SUVs in the UK at the moment – both of them at the smaller end of the market, so MG clearly has space in the range to offer a much larger family car on stilts, and with SUVs being all the rage at the moment it seems a no-brainer for the Birmingham-based carmaker.

The X-Motion borrows its styling cues from the E-Motion concept that was revealed at last year's Shanghai motor show, although that car was a sports car that tipped a nod to the marque's roadster heritage. A bold front end and muscular lines along the side of the X-Motion will no doubt set it apart on the road. As will its rarity – MG sold 1,775 cars in the first three months of 2018, although it bucked the downward trend in the market and posted a 66 percent increase over its 2017 figure.