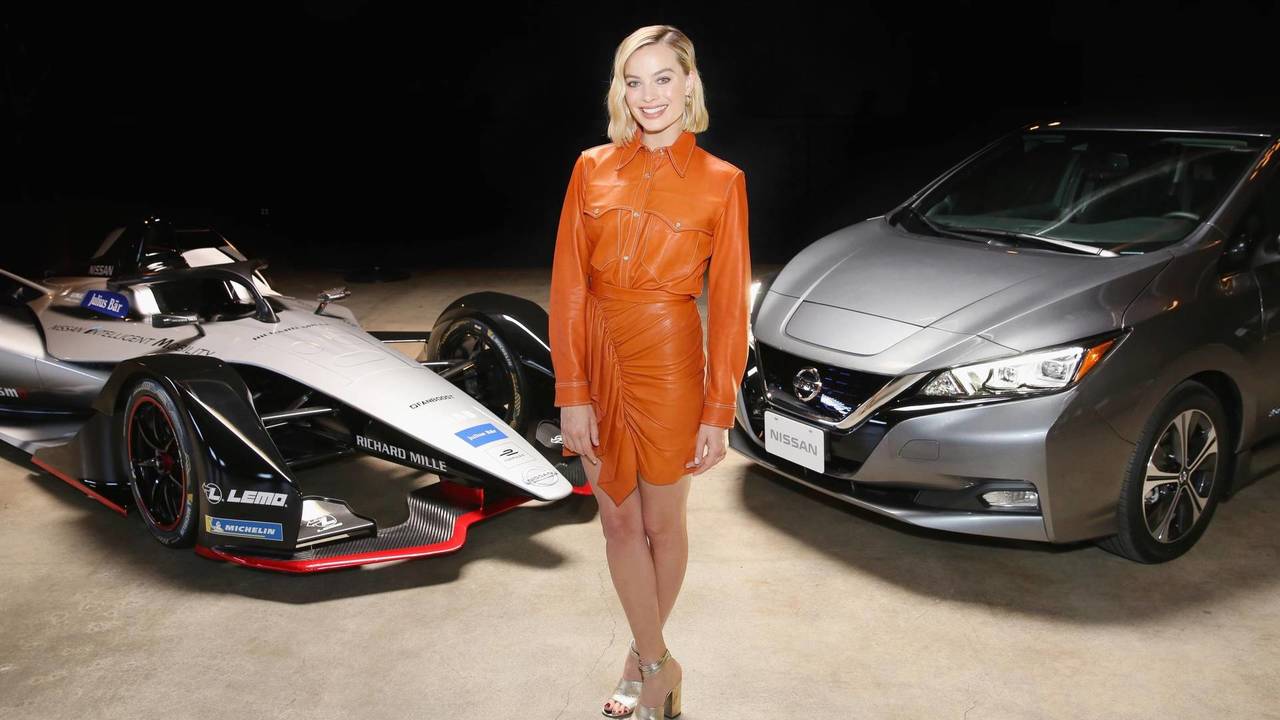 Robbie is excited about EV tech in her most challenging role yet.

Nissan has completed its Formula E launch tour ahead of its debut in the electric race series at the end of 2018.

Film star and Nissan ambassador Margot Robbie joined proceedings in Los Angeles and spoke about her experiences driving an electric car around Hollywood, as well as her pride in serving as an ambassador for Nissan’s electric vehicles.

‘I’ve already seen many of Nissan’s initiatives, designed to bring cleaner air to roads and fairer access to power across the globe. And now, we have this – a fantastic new Formula E car,’ she said. ‘I’m excited to see how it will help Nissan develop its EV offering further and bring new and exciting technologies to communities across the world.’

Nissan’s entry into the electric street racing series coincides with the launch of the new generation of Formula E car, which was first revealed at the Geneva motor show back in March. It features a striking new aero package and a new generation of battery and powertrain setup.

‘Nissan is proud to be a leader when it comes to ingenuity and innovation in EV technology, with more than 300,000 Nissan Leaf vehicles sold worldwide. So taking on the challenge of Formula E is a natural extension, and we’ve been proud to have Margot Robbie helping us take that message to a global audience,’ said Daniele Schillaci, executive vice president of Nissan Motor Co. ‘Our Nissan engineers look forward to racing in Formula E as they develop our future EV technologies. And to be able to race in major city centres around the world makes it a perfect platform to showcase Nissan Intelligent Mobility.’

The fifth season of the electric championship, taking place between 2018 and 2019, will likely kick off in December in Doha, capital of Qatar, but the calendar for the series isn’t set to be published until June as organisers continue negotiate venues for races.

Season five will see Renault swapped out for Nissan, as well as BMW joining the fray. A number of manufacturers have committed to the fashionable series, with Porsche and Mercedes stepping onboard the year after.