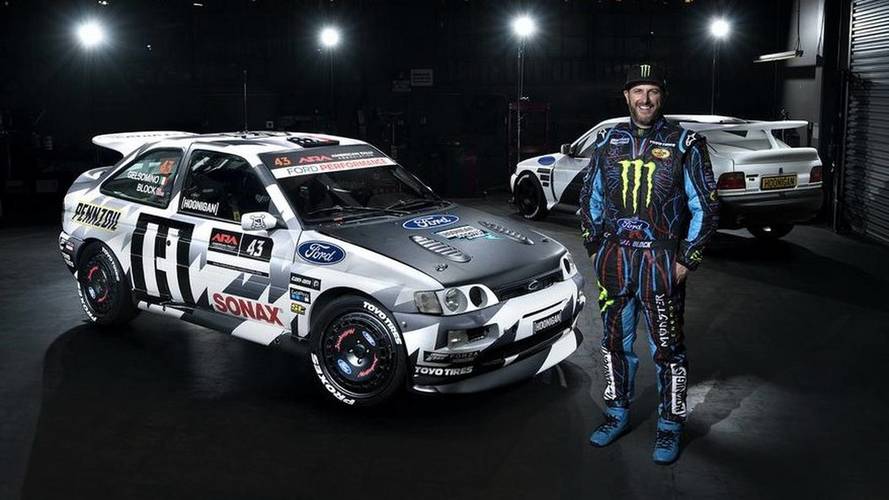 The Escort Cossie is back!

The Ford Escort RS Cosworth was one of the most beloved cars of the 1990s. The car took 10 overall World Rally Championship victories between 1993 and 1997, cementing its place in history.

Unfortunately for the Cossie, motorsport tends to move with the times, and the car was retired towards the end of the decade, being replaced by the Focus. However, fortunately, Ford has a guy on its books that likes to breathe fresh life into Fast Fords.

Having already created the Hoonicorn out of a 1960s Mustang and restored a 1978 Escort Mk. II for Gymkhana purposes, Block and his Hoonigan team have set to work on an Escort RS Cosworth, and what's more, he'll actually be competing with it this year.

Block, alongside long-time co-drive Alex Gelsomino, will be competing in a partial season in the American Rally Association series – America's highest-profile rally championship. Although the Escort will be entered in the top Open 4WD class, Block and Gelsomino aren't aiming for full event wins, instead focussing on the experience and challenge of competing with an older car alongside more contemporary machinery.

It may be old though, but the car will more than likely be a match for today's cars. a turbocharged four-cylinder engine puts out around 350bhp, with a seven-speed gearbox and a complicated differential setup sending all of those horses to all four of the wheels.

The former-WRC car has already been tested in the Arizona desert, with the team making adjustments to the car's suspension, engine management, and roll cage to get it ready for competition.

As well as driving the Escort in rallies in the US, Block will return to the WRC in an M-Sport Ford Fiesta. He'll also drive a Focus RS RX in selected rallycross events.