Renault's next Clio RS could be getting the Megane engine

The turbo 1.8-litre will be detuned to around 223bhp so as not to upset anyone.

Remember when Renault squeezed the turbocharged 2-litre engine of the previous-generation Megane RS inside the Clio R.S. 16 concept? The unveiling took place at the 2016 Monaco Grand Prix. Later on in an interview, Renaultsport manager Patrice Ratti admitted the company was considering a 'small run' of road-going models and he had his fingers crossed for an approval from the execs. However, it never happened and there are slim chances it will with the current generation of Renault Clio seeing as there is a new one on the way in the autumn. 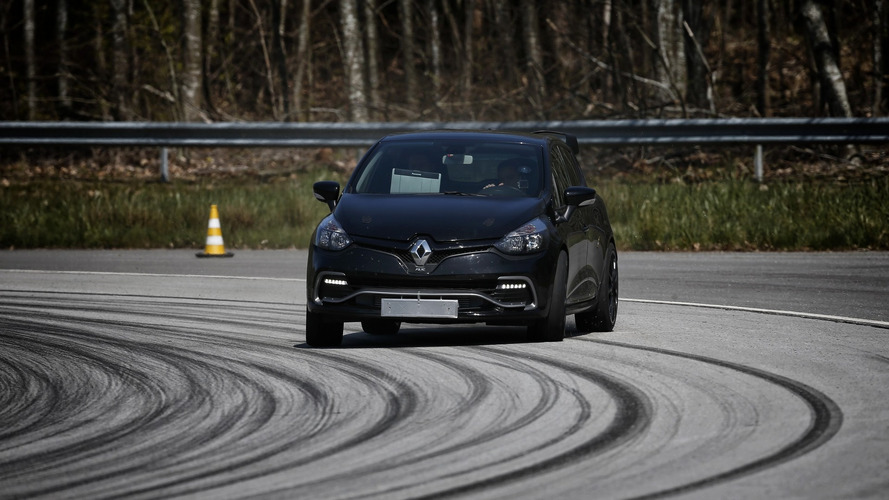 There's some promise on the horizon, however – Renault is said to be hard at work on a Megane RS-engined Clio RS in time for the hot hatch's next iteration, which will arrive at some point in 2019. The new hot version of the supermini will borrow the French carmaker's turbocharged four-cylinder 1.8-litre engine. It’s used not only in the Megane RS, but also in the Alpine A110. It develops 276bhp in the standard Megane RS and will push out 296bhp in the Trophy due at the end of this year. In the Alpine, it’s good for 247bhp, but a 296bhp version is said to be in the works that will carry a 'Sport' and lose a little weight.

In order to avoid stepping on the toes of higher-positioned models, Renault will detune the engine to somewhere in the region of 223bhp for the new Clio RS. The information was allegedly disclosed by Philippe Brunet, general manager in charge of powertrain software and calibration, during an interview with French magazine L'Automobile. Should the Clio RS inherit the engine from its bigger brother, that would leave the door open for a more powerful version further down the line considering the 1.8-litre has much more potential. In other words, a potential Trophy version could up the power ante furthermore.

Meanwhile, expect to see the fifth-generation Clio early in October on its home turf at the Paris motor show.