Audi's revealed the first official pictures of its new load-lugger.

Audi has released details of the new estate version of its A6 saloon, which was revealed earlier this year at the Geneva motor show. The all-new A6 Avant does exactly what it says on the tin, adding a nice boot on to the back of the standard car, which has already impressed with its high levels of tech and solid quality.

Audi says that with the seats folded down, its new A6 Avant has an impressive load space of 1,680 litres. Even with the five seats in position, the boot still offers a load bay with 565 litres of space. A loading width of 1,050mm should make for good access to the luggage space, too.

A luggage compartment rail system comes as standard with the car, including four variable lashing points that can be used to secure objects in the boot. A tensioning strap, net and two hooks are also thrown in and you can spec a load-securing kit with telescopic bar and strap that allow individual sectioning of the luggage compartment. 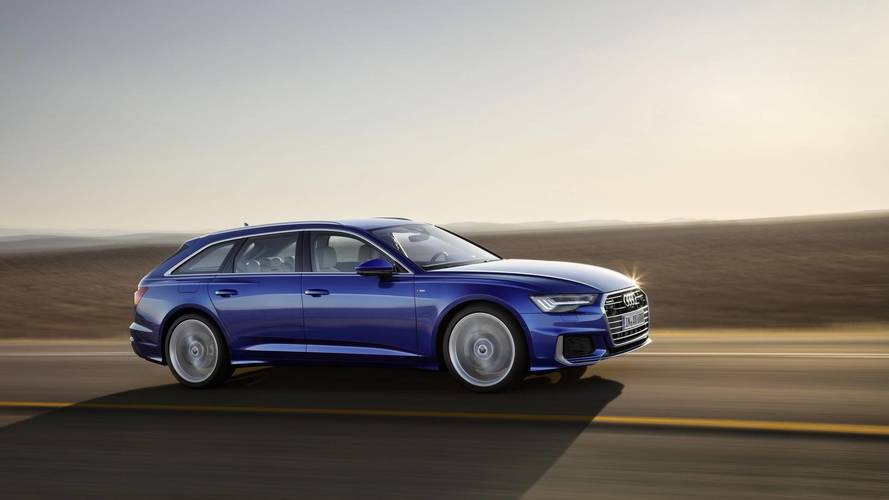 The new Audi A6 Avant is 4.94 metres long, 1.89 metres wide and 1.47 metres high, a solid foundation for a spacious passenger cabin that Audi claims is a class leader in terms of elbow and knee room.

The 3-litre diesel engine manages 40.6mpg and 150g/km CO2. Power output is rated at 282bhp and a whopping 457lb ft torque. The petrol gets a nice seven-speed S-tronic automatic transmission, while the diesel comes with an eight-speed Tiptronic automatic number to handle all those extra torques.

More will be added to the range later on, including more frugal four-cylinder options. Audi tried a hybrid version of the A6 a few years ago which didn’t perform very well in sales terms, but this time round every car that’s sold will feature 48V mild-hybrid tech with coasting and start-stop functionality built in.

Up front, the new A6 expertly channels its A8 big brother, with the dual-touchscreen dashboard and Audi Virtual Cockpit that we’ll also see in the upcoming Q8 and Lamborghini Urus SUVs.

Tick the right boxes and you can get a 10.1-inch display stacked on top of another 8.6-inch number in the middle of the dashboard. Spec the digital instrument panel and you’ll get another 12.3-inch display behind the steering wheel.

Prices have yet to be announced in the UK for the new A6 Avant, but the car will be available to order in the summer.