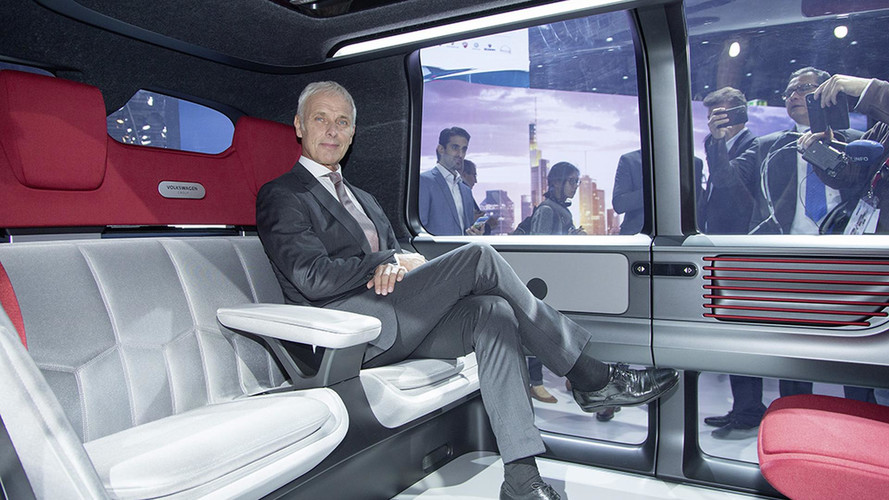 Out with the old, in with the slightly younger.

Volkswagen Group boss Matthias Müller is being sensationally ousted by the company's supervisory board and replaced with Herbert Diess, who runs the Volkswagen car brand. The latest reports suggest that Müller will remain under contract to the company for the rest of his current two-year term, despite his sacking, in a deal that will net him £17.3m.

The powerful supervisory board, which devolves day-to-day management to the company's management board, is understood to have been looking at ways in which the company could be restructured following the Dieselgate scandal – the passenger car brands within the Volkswagen Group are set to be divided into 'volume', 'premium' and 'super premium' sections headed by Diess, Audi boss Rupert Stadler and Porsche chief Oliver Blume.

Also under discussion has been a possible spinoff of the company’s truck and bus division, which builds Man and Scania units – news on that is set to follow, as well as a decision on whether to give workers unions a place on the management committee in a bid to try and unblock obstacles to reform.

The swift move to axe Müller has caused discomfort in a company known for being an internal political maelstrom. ‘The way in which it was done is unspeakable,’ one VW insider told German newspaper Handelsblatt, which broke the news that Müller was on his way out earlier this week.

Francisco Garcia Sanz, head of procurement since 2001, was picked by the board in 2015 to oversee the Dieselgate cleanup – he has now left the company too. Karlheinz Blessing, head of human resources, has been replaced by Gunnar Kilian, secretary-general of VW's works council, which represents employees.

Volkswagen is keen to make efforts to put the Dieselgate scandal behind it – new CEO Diess wasn’t at the company when the emissions transgressions took place – and a proposed radical shift to an ambitious electric strategy hasn’t quite done the business for the company in the last three years.

With a dripfeed of Dieselgate issues continuing to emerge from the embattled company Müller has cut a lonely figure, and a fresh start with a CEO who hasn’t spent his whole career at the carmaker could be what’s needed.