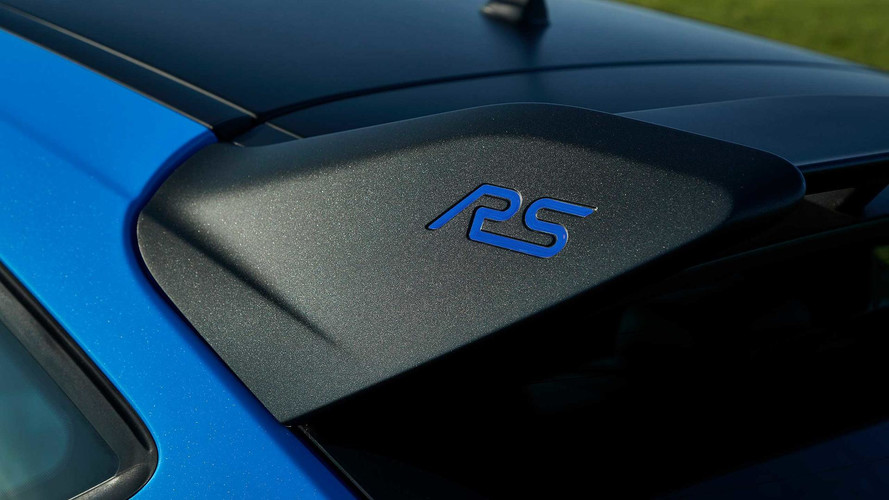 The eagerly anticipated fourth-generation Ford Focus RS is still a couple of years away, but speculation is rampant about the details of the upcoming hot hatch.

Well, calling it a hot hatch is doing it a bit of a disservice if a report from weekly car magazine Autocar is to be believed. It sounds like it'll be more supercar with room for the kids than a slightly quicker family runabout.

The upcoming RS is expected to have a crazy 400bhp and 425lb ft of torque, but the engine will likely be the same 2.3-litre four-cylinder EcoBoost engine in the current model which puts out around 345bhp. How will the leap in power be achieved then? Well, Ford's new 48V mild hybrid technology is expected to play a part in making the horsepower figure bigger, all while helping the car keep in line with emissions regulations.

With the power increase, the soon-to-be-discontinued Mk3 Focus RS's 0-62mph time of 4.6 seconds is expected to be slashed tot he low 4-second area, while the 165mph top speed will likely look slow in comparison to the new car.

All of the extra power, speed, and technology will likely mean extra pennies will be needed to buy one unfortunately. Unlike the current car which is sort of a 'working class', relatively affordable alternative to the Mercedes-AMG A45 and the Audi RS3, the new Focus RS will likely have a pricetag on par with its German rivals.

Of course, none of this is official yet, so stay tuned for a proper announcement from Ford.