Another week, another Lotus special edition 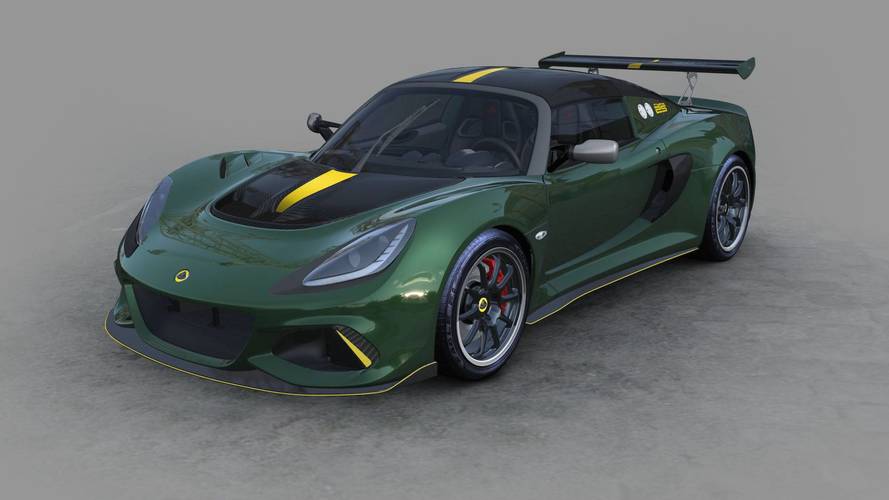 Lotus has revealed the Exige Cup 430 Type 25, a tribute to better times.

Another week, another Lotus special edition – this time it’s the turn of the Exige to take centre stage. Hethel has just announced that’s it’s building 25 limited edition cars that it calls the Lotus Exige Cup 430 Type 25. The car is intended as a warm tribute to the Type 25 racing car that dominated the 1963 F1 season.

The Type 25 car is powered by Lotus’s stalwart 3.5-litre supercharged V6 engine, which produces 430bhp and 325lb ft of torque. The British sports car maker says that the car will make the dash from from 0-62mph in just 3.3 seconds, and even generates up to 220kg of downforce thanks to its judicious use of aero trickery.

Lotus says that it has even worked with Clive Chapman, son of company founder Colin, to come up with a historic tribute car that even comes with specially commissioned heritage documentation just to make you feel like you’re getting value out of the extra cash over a normal Exige.

Lotus CEO Jean-Marc Gales said: ‘We are proud to have named this unique Lotus Exige Cup 430 in honour of the Lotus Type 25, a car which left an indelible mark on the development of motorsport. It was revolutionary when introduced and the first car to win Lotus a constructor’s championship, the first of seven. It is a perfect example of Lotus’ design philosophy – light, yet incredibly strong and peerless on the racetrack.

‘That same ethos, our company DNA, is found in the Exige Cup 430 Type 25, which is lighter than its predecessors and even more powerful. Combined with a class-leading balance in handling and agility, it’s our ultimate point-to-point two-seater sports car.’

Each of the 25 limited edition cars will get a special certificated signed by Gales, as well as a plaque that details its number in the production run. Lotus says that new owners of the car will have the option of picking it up straight from the factory and getting a tour, though we assume they’ll deliver to your house as well.

The Type 25 version of the Exige comes in metallic Lotus Racing Green, or Old English White, with what Lotus calls ‘subtle but sharp contrasting pinstripes on the front splitter’. A carbon front splitter, special air vents and a massive rear wing and diffuser complete the effect – Lotus says that this car is the fastest one that’s ever gone round its track. In a nod to the original Type 25 racing car, the new version even comes with a wooden gearknob. In a nod to the 21st century, it also comes with Bluetooth and carpets.

The price? Why, that will be £110,000 please. Check out the gallery of pictures at the bottom of the page.