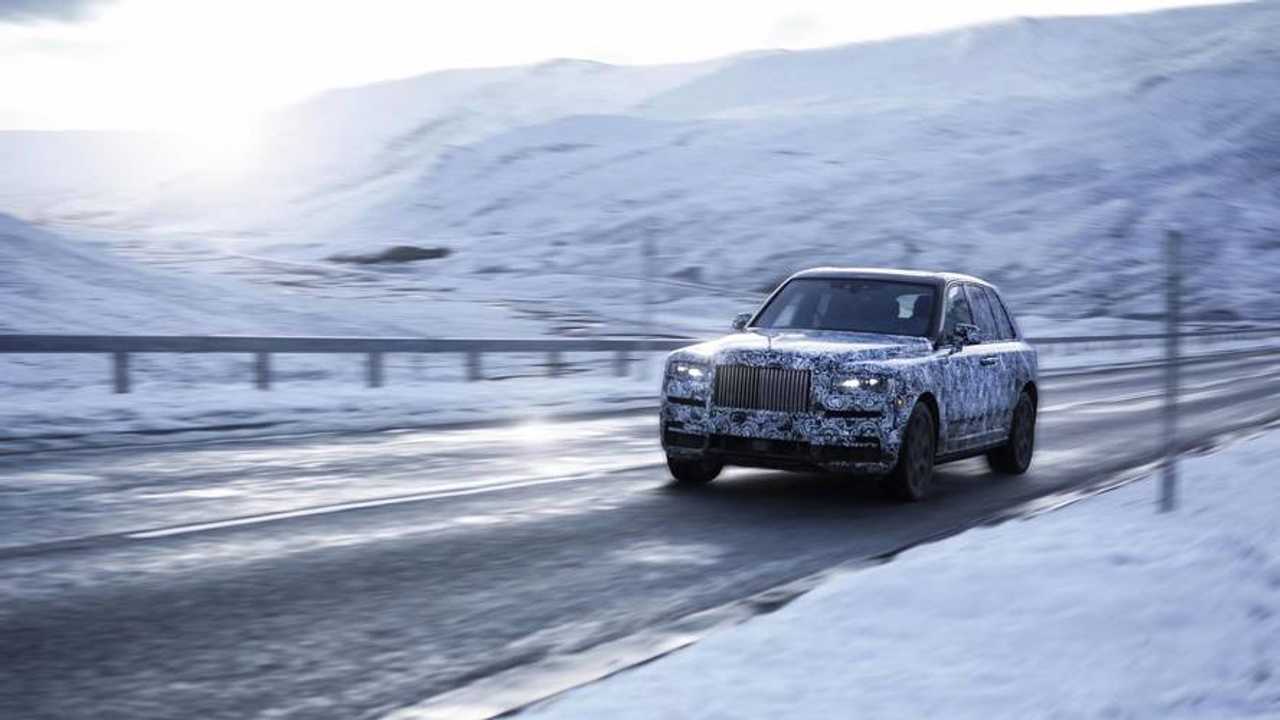 After three years of development, the Rolls-Royce SUV is about to take on its final challenge.

Rolls-Royce's upcoming Cullinan SUV has been in development for three years now. The car has been undergoing secret testing all over the world in that time, but the fabled British marque is set to thrust the car into the limelight for its final testing.

The company has teamed up with National Geographic to publish daily film and photographs of the car completing its final testing in Northern Europe, the Middle East and the United States, which will be shared online.

Called 'The Final Challenge', the testing will replicate some of the challenges conducted by company founders Charles Rolls and Sir Henry Royce which gave the company an outstanding reputation for reliability in its early days, such as when it took top honours in the Scottish Reliability Trials, a London to Edinburgh event and the Alpine Trials.

The modern-day challenge started in the Scottish Highlands this week and will continue to the snowfields of Austria and the deserts of the Middle East, before finally taking on tough terrain in the United States. The challenge will see the car tackle many miles of rough terrain.

Acclaimed explorer and photographer Cory Richards, National Geographic’s Adventurer of the Year in 2012, will accompany Rolls-Royce during the challenge, with a National Geographic team documenting the entire journey that will be broadcast via regular updates on social media

'I promised the public three years ago that I would involve them in the development and testing of the Rolls-Royce Cullinan, and I continue to keep that promise by making the final challenge a public trial,' said Torsten Müller-Ötvös, Rolls-Royce CEO. 'Today’s public and customers will see Rolls-Royce in a wholly new light as Cullinan demonstrates just how capable a Rolls-Royce can be. And in a few short months, our customers will be able to experience this capability for themselves as they get behind the wheel.'