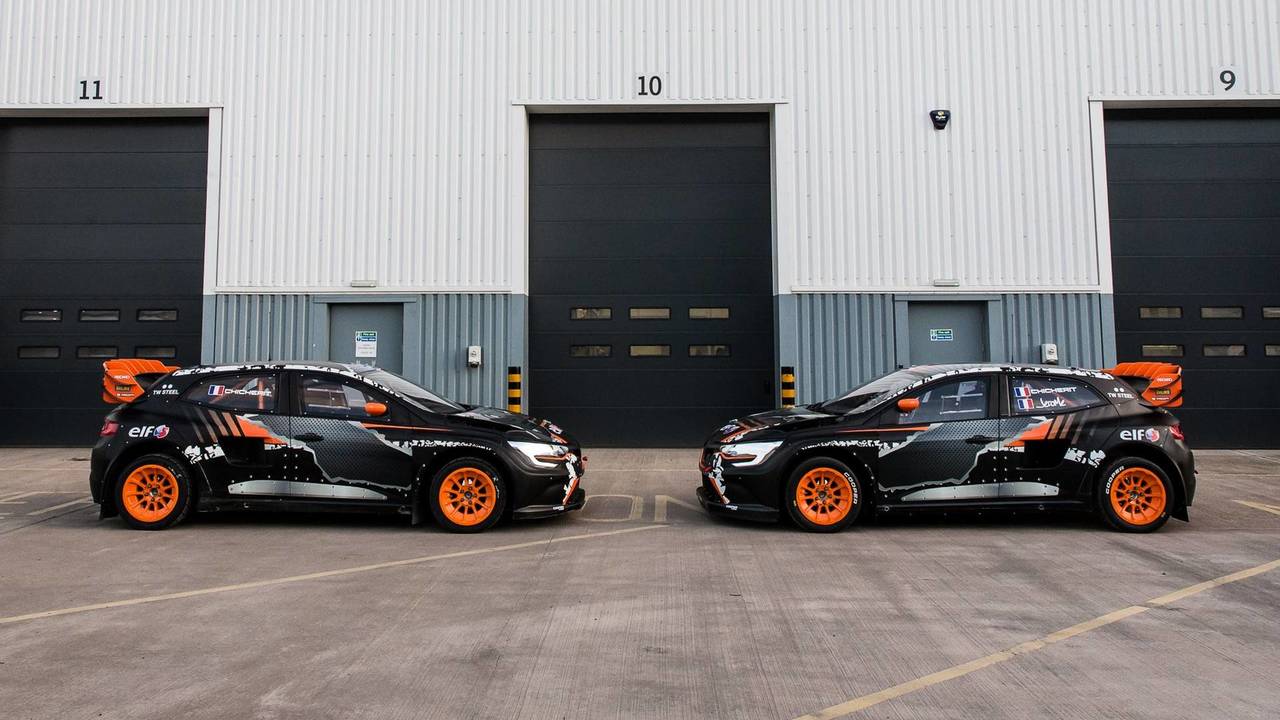 The new Renault Megane RS RX will compete in World Rallycross this year.

The Renault Megane RS RX car has been developed from the ground up for the GCK RX team and will campaign in this season’s FIA World Rallycross Championship in the hands of team boss Guerlain Chicherit and team mate Jérôme Grosset-Janin.

The car is a departure from most rallycross cars and features a number of innovative ideas hidden beneath its steel and composite bodywork. The car was developed using extensive computer aided design models and computer aided engineering, with testing of safety and performance-oriented components being tested through relentless computational fluid dynamics and finite element analysis programmes which helped optimise the car’s aerodynamic and engine performance as well as cooling.

The design team went through several different layout permutations before settling on the final design, which required a number of bespoke components to be developed.

A bespoke four-cylinder, 2-litre turbo engine was developed by the company to avoid the compromises that would be brought by using an off-the-shelf or production-based engine. The 600bhp engine is mated to a five-speed sequential gearbox that was put together by Xtrac specifically for the car.

The suspension setup is unlike any other rallycross car in the world championship. Prodrive shunned a typical McPherson strut suspension setup in favour for double wishbone suspension all round. As well as offering an improvement in camber gain, the novel suspension setup – which includes specially developed Ohlins dampers – reduces mechanical friction and unsprung mass, which in turn improves grip.

The combination of the engine and suspension layout enabled Prodrive to introduce ‘in-board’ brakes for the car, with the calipers located on the gearbox at the front, and the differential at the rear. The reason for that was to further reduce weight and unsprung mass, which kept the weight of the wheels – another specially developed component, this time by OZ – down.

Despite all the innovative features, the car is very much a privateer effort, Renault's input was minimal, centring around minor exterior design tweaks.

The new Renault Megane RS RX made its on-track debut at Silverstone last week (below), and is one of seven new cars competing in the World Rallycross championship this year. The three main factory-backed teams, Volkswagen, Audi and Peugeot have all updated their cars, while privateers Olsbergs (Ford Fiesta), Grönholm RX Taneco (Hyundai i20) and Oliver Bennett (Mini Cooper) will all introduce new cars too.

The 2018 World RX season kicks off on 14-16 April with the World RX of Barcelona. Check out the Megane gallery at the bottom of the page.