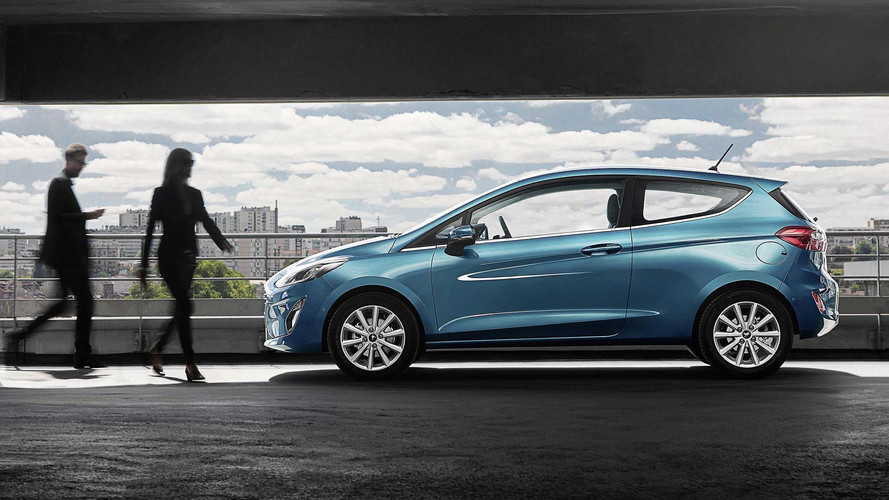 The change could take place when the current Fiesta hangs up its alloys.

Ford could be about switch from the production of internal combustion engine cars to electric models in Germany in the next few years.

The current Fiesta's life cycle is expected to end after 2023, after which the company would be open to changing its European factories over to producing battery-powered cars.

'Purely hypothetically that (2023) could be a good time for it,' Ford's German head Gunnar Herrmann told German publication Handelsblatt, adding that he would welcome state subsidies to help the change happen. 'The state could do its part to initiate the structural shift, as could the federal government,' he said.

Any such development would take around 15 months to complete, with the factory in Cologne requiring a retooling, but such an investment would require the company to sell over 40,000 new electric cars a year. 'It will be possible if the sales numbers are moving up more powerfully. Unfortunately, today's electric cars are not especially profitable yet,' added Herrmann.

His comments follow similar ones from BMW last week which said it was not yet viable to mass-produce electric cars to the same level as petrol and diesel cars, but it will start building electric vehicles on a large scale when the latest drivetrain technology comes along in the next couple of years.

'We wanted to wait for the fifth generation to be much more cost-competitive,' BMW chief executive Harald Krüger said. 'We do not want to scale up with the fourth generation.'

For Ford though, the company is planning to invest over £3.5 billion to kickstart its electric car development in the coming years. It plans to introduce at least 13 hybrid or all-electric models by 2022, while having its first all-electric vehicle available for sale in Europe by 2020.