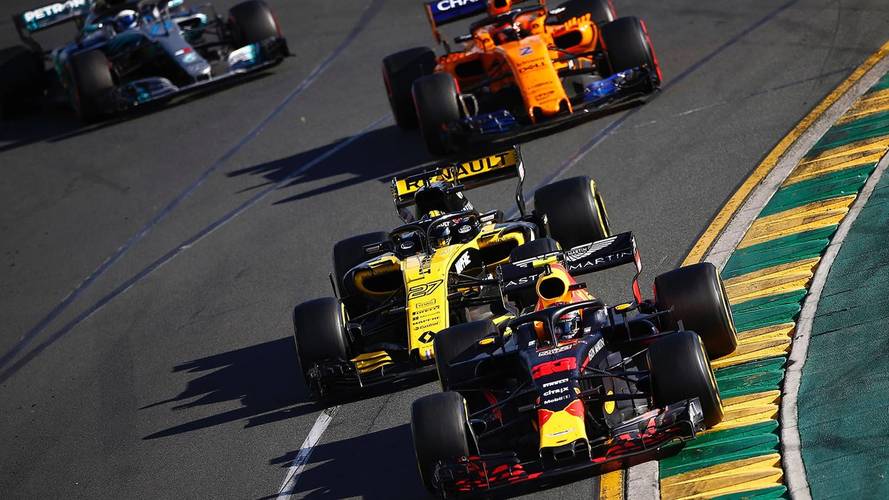 The 1.732s that separated the quickest and the slowest team in the first qualifying segment for last weekend's Australian GP was by far the lowest spread seen in Q1 in Melbourne since the beginning of the hybrid era in 2014, but over a second split Red Bull's Daniel Ricciardo in fifth and Haas driver Kevin Magnussen in sixth in the final segment. The leading group was itself spread out too, with Mercedes scoring pole by seven-tenths of a second.

Reflecting on how Lewis Hamilton's pole lap dampened expectations of a closely-fought season, Boullier said: 'This is what it is. The regulation has been drafted a few years ago and this is where we are. As long as we can't all reach a sort of plateau on the performance, it's going to be the same.

'Mercedes has designed a very competitive engine and car since the beginning [of the hybrid era] and it looks like it's very difficult to catch them up. I think we need now to have from Liberty and the FIA the new regulation package from 2021 and hopefully there will be enough restriction in this to close up the gap or to have a level playing field.'

Liberty Media, which took over F1 last year, is set to present teams and engine manufacturers with its latest blueprint for Formula 1's next regulation cycle – which will kick off in 2021 – at the upcoming Bahrain Grand Prix. Reducing gaps between teams is among the new owner's aims for F1's future, with spending caps and parts standardisation touted as potential measures to that effect.

Boullier continued: 'We all want to have a great show, we all want to see cars fighting on track and banging wheels. This is what the fans want to see. For that we need to have a competitive level which is much closer between the first one and the last one.'

His hopes for F1's future direction were echoed by Haas team boss Gunther Steiner, who lamented the fact the midfield teams were currently left to fight 'for the crumbs'.

'The regulations and the future should go that it is a level playing field or as close as you can get,' Steiner said. 'There is a big gap at the moment and therefore you have this – the top three teams that are fighting for the championship and we fight for the crumbs. They do a good job to get money, spend and invest it – we cannot. It is part of the competition - but is it good for the sport? I don't think so.'