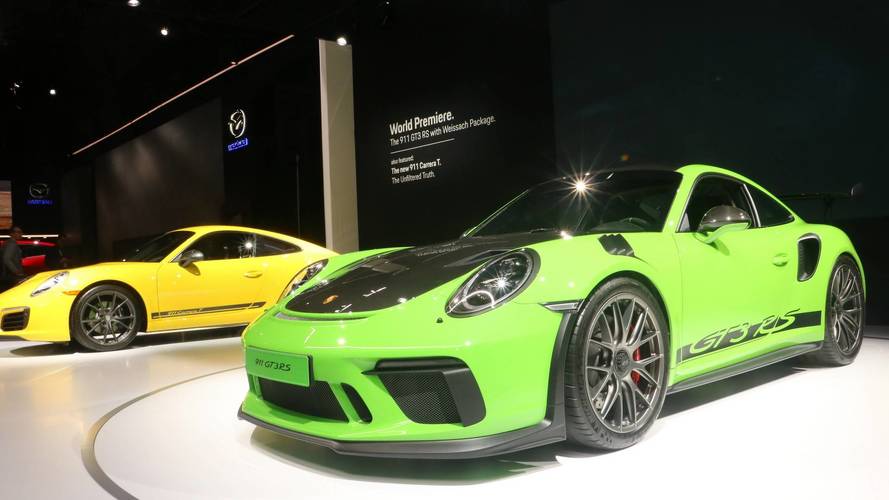 First there was the 918 Spyder, then the GT2 RS, now the GT3 RS has been given Porsche's Weissach pack treatment.

Unveiled at the New York auto show this week, the Weissach-clad 911 GT3 RS reduces the cars weight by 29kg, bringing the car's overall weight down to just 1,476kg. The 2018 model year 911 GT3 RS has 20bhp thanks to subtle changes to the 4-litre six-cylinder engine. Power now registers at 513bhp at 8250rpm, making it to the most powerful normally aspirated 911 ever, and according to reports, that number is conservative.

The power increase and weight decrease helps the car do 0-62 in 3.2 seconds – 0.1 seconds quicker than before, while the top speed has gained a mile an hour, now being 194mph. Like the power figure, the quoted top speed is likely less than the true figure.

The gearbox is a seven-speed PDK double-clutch transmission, but there's no manual offered at all, unlike with the standard GT3 which brought back the row-your-own box to satisfy customer demand.

It's not just engine tweaks and weight reduction though – using lessons learnt with the GT2 RS, which is basically a turbocharged version of the same car, the spring rates are now double those of the current 911 GT3 or previous 911 GT3 RS at the front, while at the rear the rate is increased by 40 percent. The rear-wheel steering system has had a tweak, too.

All-in-all, the Weissach pack shaves 10 seconds off the car's Nürburgring lap time, but it adds to the price. A standard GT3 starts at £111,802, but the new GT3 RS is £141,346. Availability is limited, but it'll likely be this generation of 911's swansong, with the new car due in September. 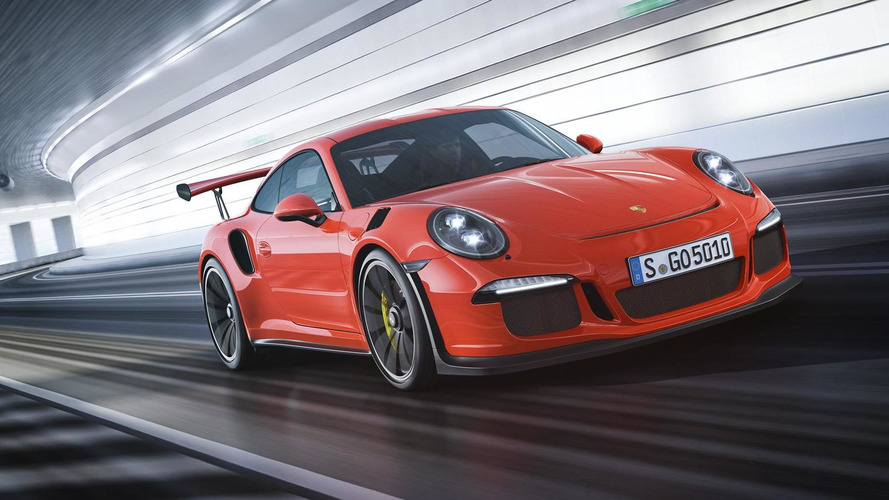