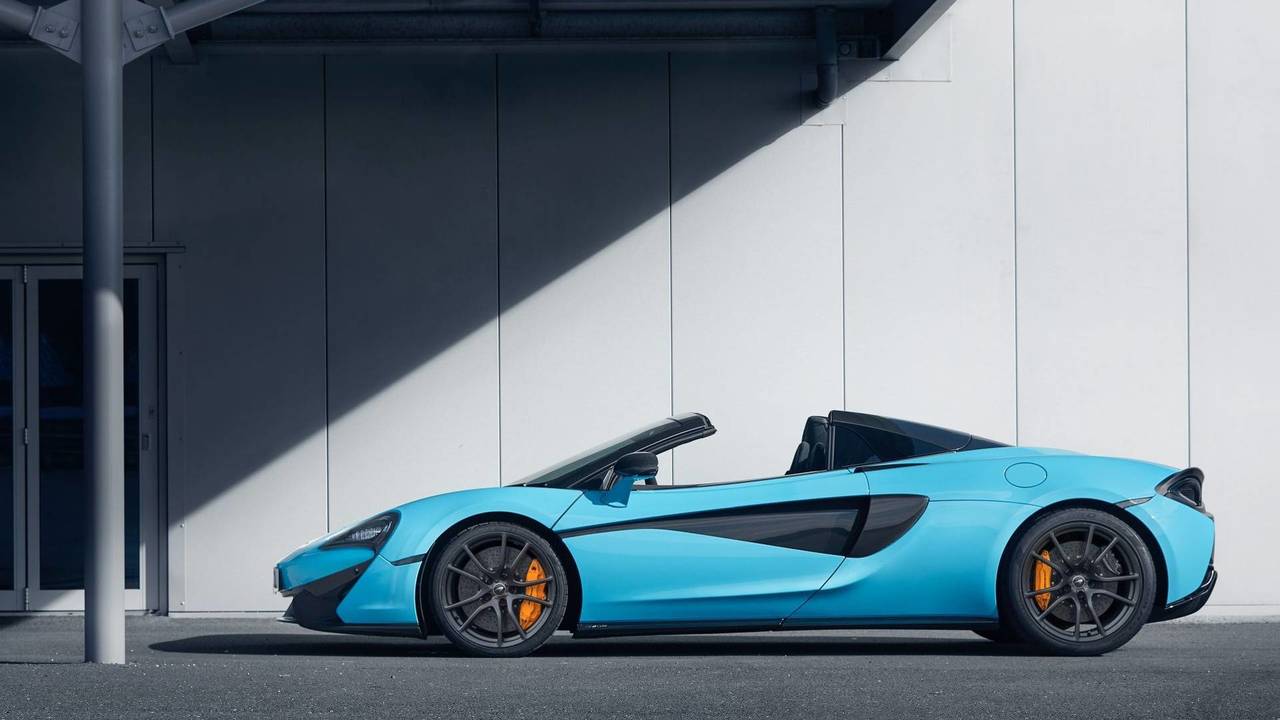 More carbonfibre and fancy track tech will cost you £17,160.

McLaren has added a new track pack option to its 570S Spider model. The pack adds both performance and cosmetic enhancements to the car, and is already available for all new 570S Spiders.

The pack reduces the car's weight by over 33kg, and adds a number of new performance features such as a higher rear spoiler and lightweight 10-spoke alloys with the Stealth Finish which are 15kg lighter than those on the standard car. There's also a new sports exhaust with a stealth finish and lashings of carbonfibre all over to further reduce weight.

'The 570S Spider has already gained a reputation as an extremely accomplished luxury sportscar that is hugely enjoyable to drive on a circuit,' said McLaren sales and marketing exec, Jolyon Nash. 'This new Track Pack brings together in one package design features, specification and popular practical options desirable for track use, further increasing choice for Spider buyers and at the same time offering them even better value.'

Inside the car adds carbonfibre race seats, a Carbon Black Alcantara steering wheel and a factory-fitted McLaren Track Telemetry (MTT) system. As with the exterior, there's even more carbonfibre trim added to the interior on the door inserts, extended gearshift paddles, steering wheel spokes, door, centre console and on the infotainment surround. Just the thing to show off to your friends.