The latest SUV to lose its head.

Honda has unveiled a new roadster version of its CR-V SUV, which will arrive just in time for summer.

The car won’t come with a folding or detachable drop-top, so pin your hopes on global warming doing its thing and keeping the planet nice and hot in the coming months, otherwise it will be completely useless for the two-day British summer.

Built on the existing CR-V platform, the CR-V Roadster removes the B and C pillars of the car to create a sleek flow of jagged metal from front to rear. 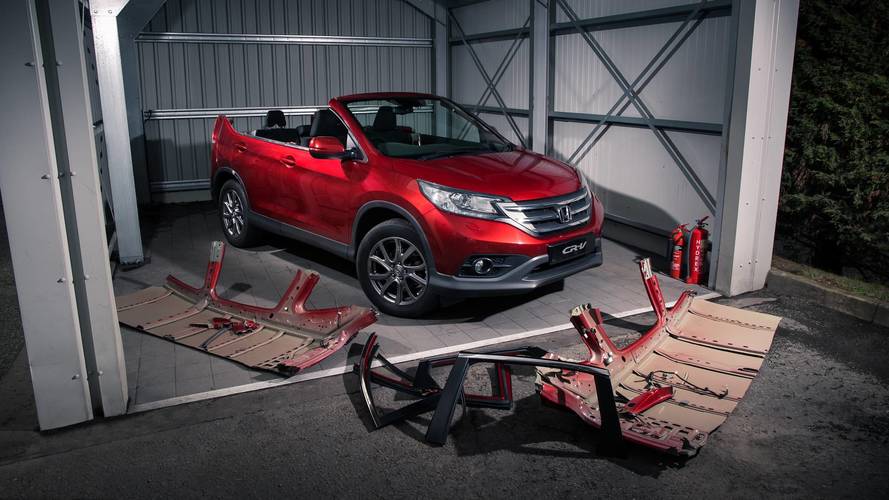 That being said, Eipurirufūru, Honda's Future Opportunity Occupational Lead, commented: 'This is a bold new direction for the CR-V and opens up an entirely new non-existent market.'

'Our sales target is somewhat conservative to start with, at zero cars, but we are confident that once the minor glitches are ironed out, such as the lack of roof and the fact it is totally structurally unsound, the car will fly out of showrooms,' he added.

Other technical details include a pretty much infinite amount of cargo space due to the lack of a restrictive roof, but the original car's 10-second 0-60 time and top speed of 125mph will likely suffer due to the aerodynamic shortfalls of the open top.

Honda hasn't revealed pricing details yet, but prices are expected to be around half of the £22,550 starting price for the standard CR-V, which makes sense given that you're only getting half a car. Finance deals will also be available and will be confirmed nearer to the car's on-sale date. Deliveries are expected to start on 1 April.