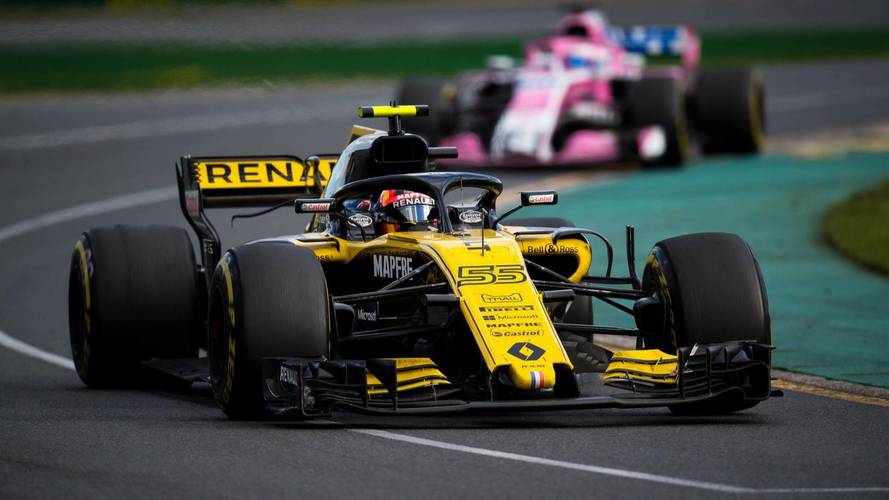 The next generation of F1 engines is getting controversial.

Engine maker, F1 team owner and occasional carmaker Renault has called for a freeze on F1 engine development to be introduced during 2019/20 until a new generation of engine formula is introduced for 2020.

The manufacturer believes that such a move would allow the four current suppliers to focus fully on preparing for the new regulations, and not hand an advantage to any new entrants who can devote all their resources to the 2021 projects. Renault customer Red Bull believes that a way should be found to equate engines for the last two years of the current formula, in order to generate more competitive racing.

Renault Sport F1 boss Cyril Abiteboul made it clear that he wants a freeze to be part of the future rules package proposals that Liberty Media will reveal in full to teams on the weekend of the Bahrain GP. 'The one thing we will not want to do is to have the burden of developing two engines in parallel,' he told Motorsport.com. 'That's one thing that is sure, but it's too early to talk about the technicalities of the way achieve that. There are two things basically in our key message and our position at Renault. First before committing to a regulation, we need to understand the bigger picture.

'And secondly we don't see it's acceptable or sustainable to have to work on two engines in parallel at the same time, for the simple reason that if there was to be a new entrant, which is what we wish, he will have a fantastic advantage in being able to focus on the future, and not to have to worry about the present and the customers, and so and so forth. I'm just discussing principles which I think are logical, and fair for the next steps.'

Red Bull motorsport boss Helmut Marko believes that the FIA should try to equalise engine performance for the last two years of the current formula. 'If new engine rules are coming which we hope should be announced pretty soon, than we have to freeze the engines as they are now,' Marko told Motorsport.com. 'And there should be a rule that every engine has to be within three percent, and that is to be properly fulfilled. Then we can live until 2020. Nobody has to make development on these engines, and that's the way to go."

Red Bull team boss Christian Horner argued that even if power levels were more equal, the current pace-setting manufacturers could still have an advantage on consumption, and hence fuel weight. 'I think an ideal world if you want manufacturers to get involved in a new engine for 2021, and not have them incur large development costs between now and then, some form of balance of power ideally through fuel flow, could be a sensible route,' he told Motorsport.com. 'That way obviously those that have done a better job would retain an advantage because they would use less fuel, and would be starting the race with a lighter car. But the power could create more interesting races.'