Toyota is taking its Corolla drifting 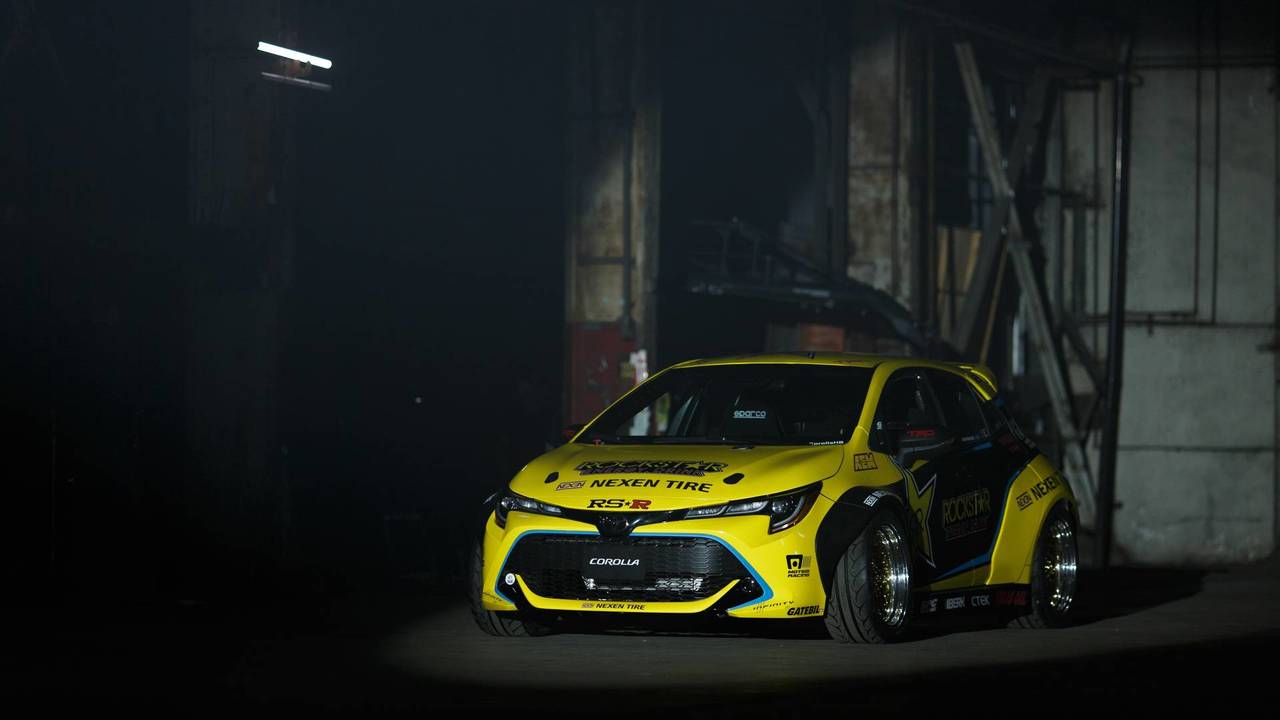 One of the best-selling cars in history goes a bit mad.

Toyota has unveiled a striking new Toyota Corolla Hatchback drift car for the 2018 Formula Drift season that is an entire galaxy away from the mundane car which lays claim to the title of best-selling car of all time.

The Japanese manufacturer has campaigned the unlikely and unusual choice in the American championship since last year, where it finished second with Norwegian driver Fredric Aasbø behind the wheel.

Papadakis Racing developed the car in close collaboration with Toyota Racing Development and Jon Sibal. It's a bit different from your family runaround though. The steel bodywork is replaced with carbon and kevlar body panels, while the 1000bhp four-cylinder engine incorporates a Borg Warner EFR turbo and AEM Infinity-8 fuel injection. The engine is Papadakis Racing's most powerful to-date, an interesting claim given that one of their previous cars was powered by one of Toyota's V8 Nascar engines.

'One of the things that's so great about drifting is that its rules give us a lot of freedom and creativity in the builds,' said team boss and founder Stephan Papadakis. 'There's no other series where you see such variety on the track. The cars are modified for the sport, but every one of them starts on the production line just like the car you drive to work every day.'

Other features on the car, as well as rear-wheel-drive, include a dog-engagement manual transmission, RS-R suspension, Motegi MR406 wheels, and sticky Nexen N'fera SUR4G tyres.

'This car is so much fun to drive,' said 2015 US Formula Drift champion Aasbø. 'Everybody who loves drifting knows about the Corolla's iconic heritage in the sport and I'm excited to continue that legacy.'