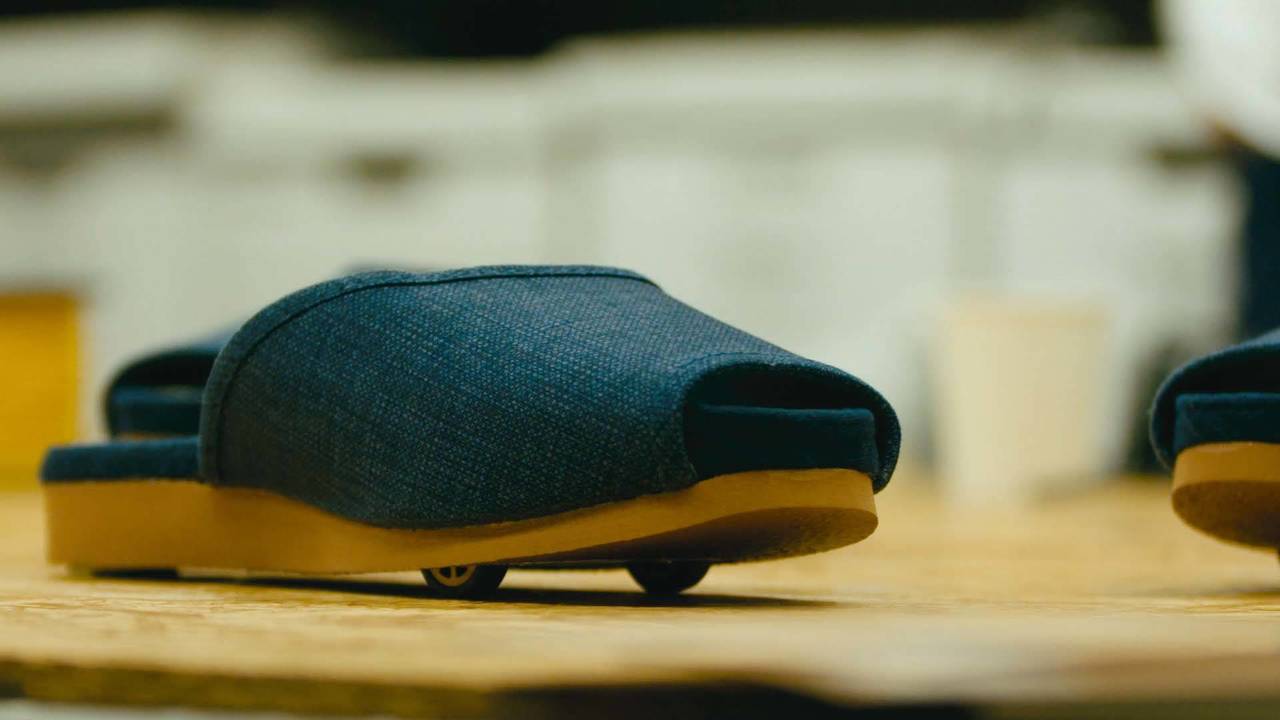 ...and cushions and tables too. It's like Beauty and the Beast in there.

A word of warning before you carry on: You're not going mad, you really are about to read this.

Nissan has announced that it has just developed self-parking slippers for a traditional inn in its home country of Japan. Yes, that's slippers as in the shoes.

The system is derived from the Japanese carmaker's ProPilot technology for its production cars and features two small wheels and sensors in the sole of the slippers which allows them to drive across the wooden floor of the inn to its entrance, ready for guests to wear upon their arrival.

Slippers are an important part of Japanese culture – when entering someone's house or even a public space such as a hotel, you will be expected to remove your outside shoes and swap them for some indoor slippers.

Nissan says that the technology it has used for the slippers is the same that is in use in its new Leaf electric car, which uses high-tech sensors and cameras allow the car to locate and reverse into parking spots without any driver input.

Clever miniaturisation means that the same technology is now in use at the inn, located in the resort town of Hakone, 47 miles southwest of Tokyo, and selected guests can already experience the technology this month.

It's not just slippers that have been infused with Nissan's autonomous tech – at the same inn, floor cushions and traditional low tables also have the ability to move across the floor on their own.

Nissan is aiming to have its full self-driving technology integrated into its production cars within the next two years.