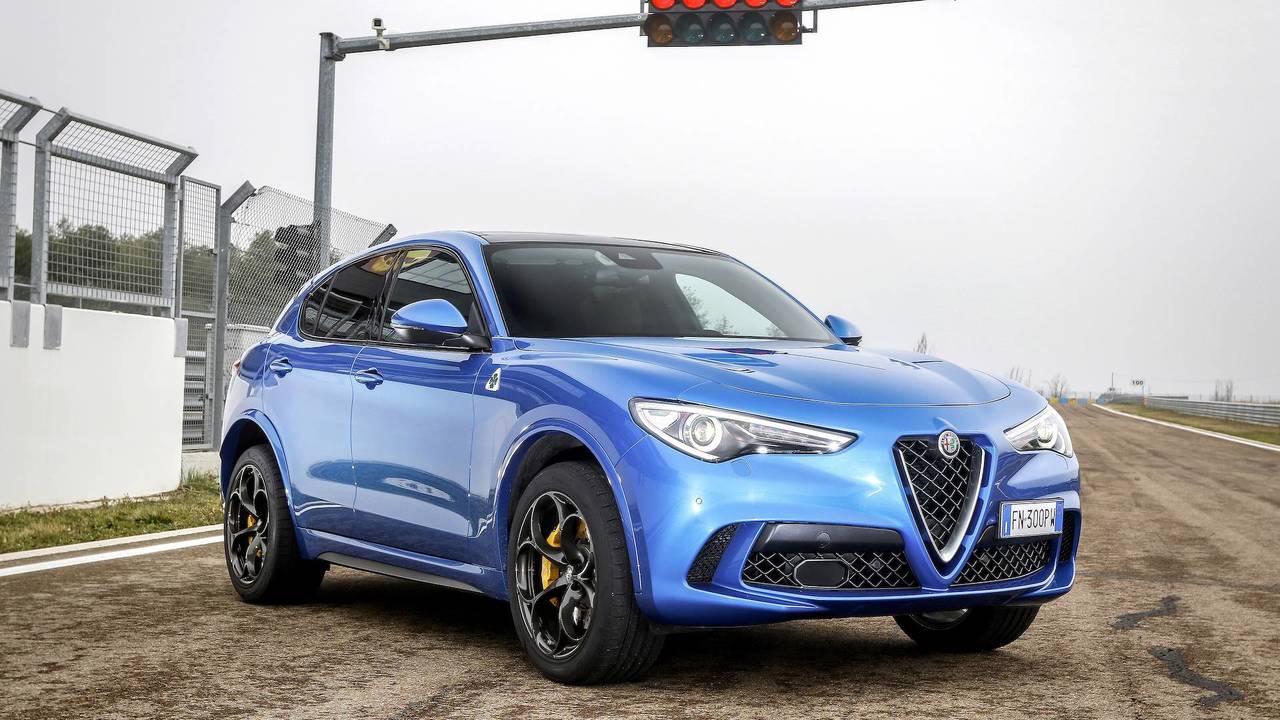 The hot SUV is already on sale, with deliveries in the summer.

Alfa Romeo has revealed UK pricing and specs for the Quadrifoglio version of its Stelvio SUV.

The car is already available to order from the Italian carmaker and will cost from £69,500 on the road.

The Stelvio Quadrifoglio – which is the Italian word for four-leaf clover – is powered by a Ferrari-sourced 2.9-litre twin-turbo V6 engine that produces 510bhp and 443lb ft of torque. The hot Alfa runs from 0-62mph in a mere 3.8 seconds and will go on to an impressive top speed of 176mph.

Alfa claims the best power-to-weight ratio in the class for the Stelvio Quadrifoglio – its 1,830kg kerbweight makes for 3.6bhp per kg.

The car uses a permanent all-wheel-drive system that runs all of the engine power through the rear wheels during normal driving conditions, but transfers up to 50 percent of the torque to the front axle in slippery conditions using a transfer case.

For added handling prowess the Alfa also uses a torque vectoring system, active suspension and two electronically controlled clutches in the rear differential to balance power between the rear wheels.

Inside, the Stelvio Quadrifoglio comes as standard with a leather dashboard and door tops, leather and Alcantara seats, leather steering wheel, carbonfibre trim and stainless steel pedals. The dashboard is dominated by the 8.8-inch Alfa Connect infotainment system, with Apple CarPlay and Android Auto to ensure full connectivity.

The new Alfa Romeo Stelvio Quadrifoglio will be delivered to UK customers over the summer.