Hyundai to add twin-clutch gearbox to i30 N lineup

The car will get a paddle-shift transmission next year.

The Hyundai i30 N has surprised and impressed many since its launch earlier this year, but one thing that stuck out about the car was that an automatic dual-clutch transmission has never yet been offered.

While driving purists won't care much for that, the point is that DCTs are offered in all of the i30 N's rivals, so for Hyundai to offer one in its first ever hot hatch makes perfect sense. Hyundai agrees, which is why a DCT will be made available for both the standard and Performance Package versions of the i30 N next year, which the Korean carmaker hopes will attract a wider range of customers to the car. 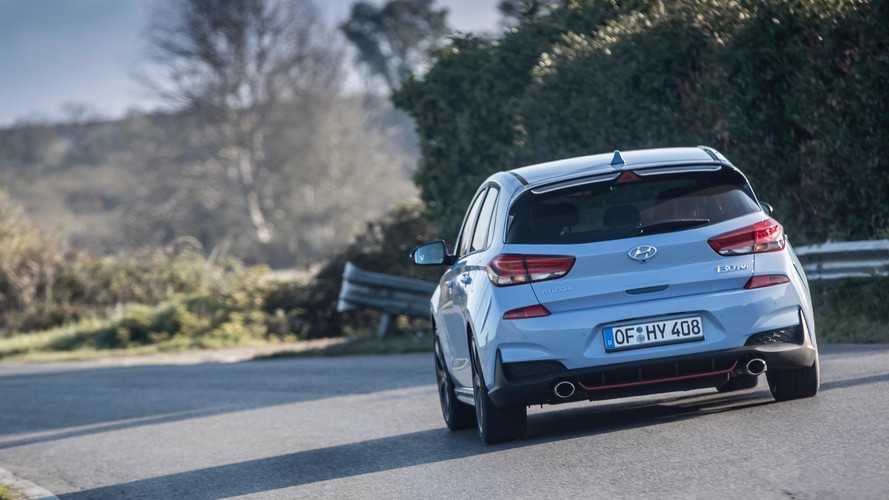 There's a bit of a wait though – the option isn't expected to be available until late next year, but it does already come on other cars in the Korean brand's range such as the i40 and Tucson. It'll no doubt help performance, too. In manual trim the car can do 0-62mph in 6.4 seconds (6.1 with the performance package), so expect that time to drop ever so slightly, although the 155mph top speed will almost definitely remain, as will the five selectable driving modes – Eco, Normal, Sport, N and N Custom – which adjust the car’s suspension, stability, steering, sound and some engine parameters.

Another certainty with the new DCT option there will be a price increase. While official prices haven't been announced yet, the car currently starts at £24,995 in the United Kingdom. Adding a DCT to the i40 saloon adds £2,700 to the list price, so expect a similar price increase with the i30 N.

The i30 N comes with an 8-inch touchscreen infotainment system with navigation, digital radio and smartphone compatibility with both Android Auto and Apple Car Play, keyless entry, wireless phone charging pad, front and rear parking sensors, adaptive cruise control and a spare wheel, all as standard in any trim.