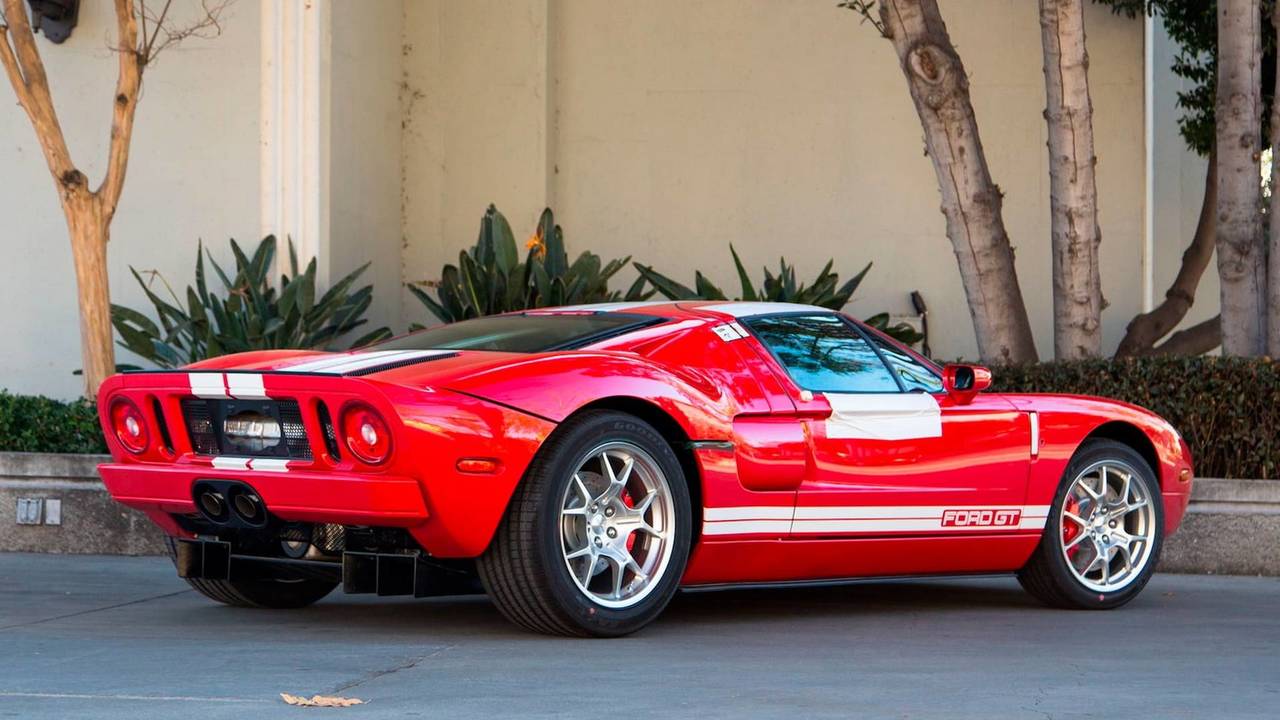 Both have a combined 4.6 miles on their clocks.

Well, we owe you an apology. That car isn't brand new, it's 'well-used'. Well-used in comparison to two more Ford GTs that have come up for sale – both of which have a combined mileage lower than the one that came up last year.

At next month's Mecum auction in Houston, a pair of pretty much identical Ford GTs will be offered for sale. A 2005 model with 2.6 original miles on the clock, and a 2006 model with just two. Two whole miles – that's probably less than a human walks in an entire day, let alone a car in more than a decade.

Both cars have just one owner each, have red paint with white stripes, red brake calipers, and lightweight aluminium BBS wheels. All books, manuals, and keys are included in both sales, as well as the original window stickers.

Power comes from a 5.4-litre V8 packs 550bhp, and it's apparently more economical than the 'Ecoboost' V6 engine that you'll find in the latest version of the Ford supercar. Top speed is at least 205mph, while the dash from standstill to 60mph is handled in a brisk 3.3 seconds. Ford built just 4,033 GTs – 2,022 in 2005 and 2,011 in 2006 and all were snapped up pretty quickly, much like the current GT which can only be bought by invitation only.