VW's third-generation Touareg is bigger and bolder than ever 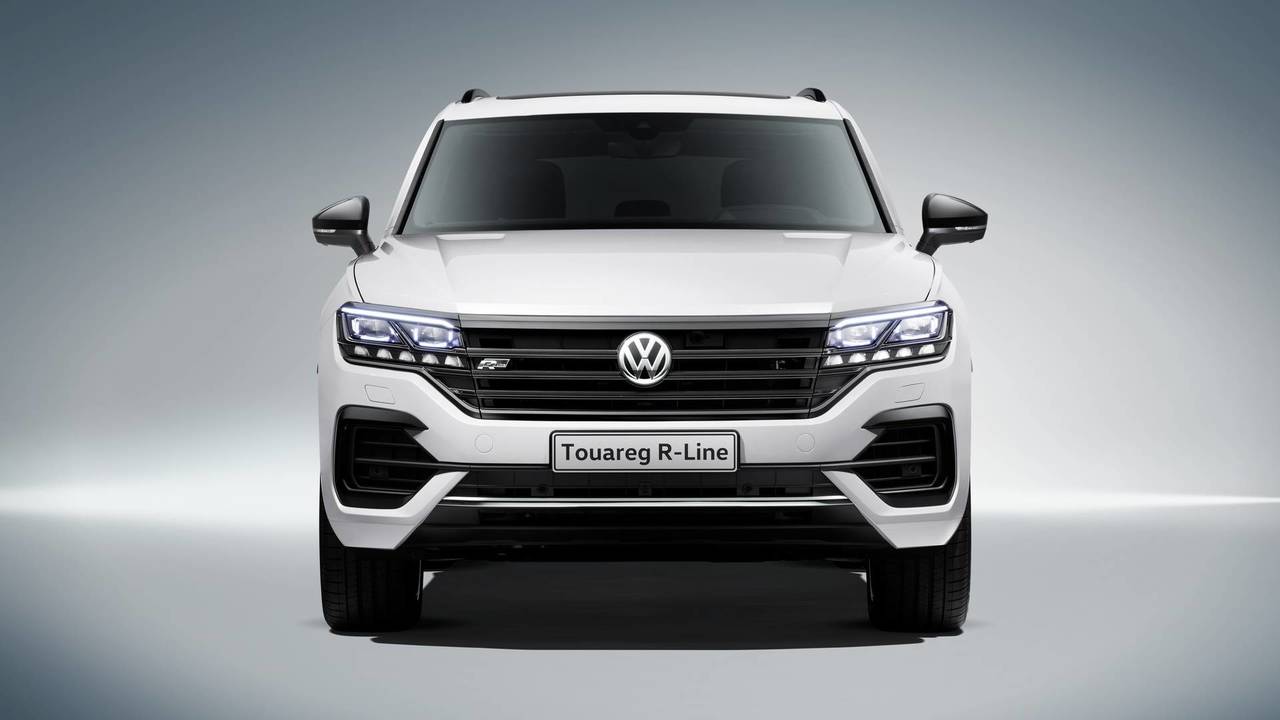 The VW flagship has been loaded with the latest tech.

Volkswagen has revealed its all-new third-generation Touareg in Beijing. The flagship SUV features a striking new front end and a development of the company’s minimalist exterior design. Extensive use of aluminium in the construction of the new car has meant a 106kg drop in weight, but 116 litres more of space inside the boot thanks to the car’s longer and wider dimensions.

The Beijing reveal is appropriate for this new car – China, Russia and Europe are the biggest markets in the world for the Touareg, and VW will be keen to tap into the endless potential of the massive Chinese market with this new model.

The third-generation Touareg is your basic tech-fest – the interior is dominated by what Volkswagen calls its new ‘Innovision’ cockpit, which is basically a fancy name for huge touchscreens. The digital instrument panel is a 12-inch screen and the infotainment system gets a 15-inch display that’s bigger than your first television. As a result, VW says that designers and engineers have worked hard to try and get rid of as many buttons from the dashboard as possible.

The Touareg can be specced with a full suite of the latest safety technologies including thermal imaging and LED matrix headlights that make for optimum vision at night, roadwork lane assist that will keep you in the narrow confines of motorway works at up to around 35mph. Front cross traffic assist will help when leaving junctions. Volkswagen says that the addition of all-wheel steering and active roll control have kept the usual tendencies of a large SUV at bay and that the Touareg is subsequently better to drive.

The Touareg is going be launched in Europe with two V6 diesel engines producing 228bhp and 282bhp – China gets a plug-in hybrid version from launch that should be making its way to the UK eventually. A V6 petrol (335bhp) and a V8 diesel (415bhp) are also going to be made available down the line, but there’s no news yet as to when or even whether these will find their way to the UK market.

VW says that 40 percent of Touareg drivers use their car for towing, so the German carmaker has specifically engineered the new generation of SUV to handle up to 3.5 tonnes. The permanent four-wheel drive and eight-speed automatic gearbox that come as standard should also make the new Touareg a more practical proposition.

We’ve no word yet on when the Touareg will be on sale in the UK and what the pricing will be, but keep checking back at uk.motor1.com for all the latest details. See all of the latest pictures of the new car in our gallery below.