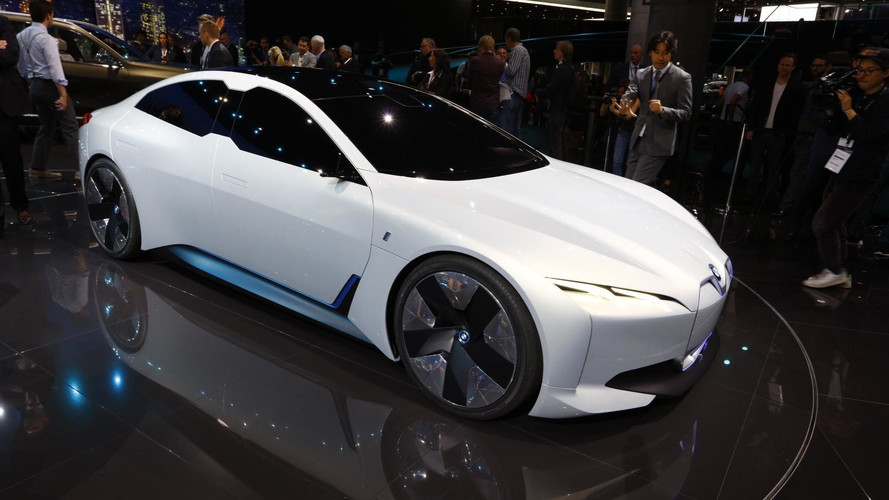 It'll be one of many new electric cars from Munich.

BMW is a brand at the forefront of the electric car revolution thanks to its i-range of cars. That being said, the range does only consist of two cars so far, and even the i8 has a tiny petrol engine onboard. Nevertheless, that will soon change with the arrival of the i4 saloon, which is set to go head-to-head with the Tesla Model S.

The i4 will be the first of a number electric vehicles arriving in the coming years from Munich. In fact, the brand will have as many as 12 battery cars in its showrooms by 2025, joining the i3 hatchback and the i8 plug-in hybrid sports car. Those 12 cars will be part of a 25-model plan that will see some form of electrification across every vehicle in the range. The car will serve as a rival to the Tesla Model S, and will be produced at BMW's Munich factory, where the 3 and 4 Series are also produced.

We don't know when the i4 will arrive – firstly, BMW is looking to introduce an all-electric Mini, followed by an electric X3, then BMW will put its iNext concept into production – but we kind of have an idea of what it will look like, thanks to reports from Germany that suggest it will be based on the BMW i Vision Dynamics concept that was first shown at the Frankfurt motor show last year.

Nearly half of BMW's planned electric cars will powered by fifth-generation battery and drivetrain technology, which will be capable of offering an all-electric range of up to 435 miles, while its plug-in hybrids will have an electric-only range of up to 62 miles.

More cars in BMW's 'i' electric sub-brand are set to follow. The company has trademarks already registered for the badges i1 to i9, as well as iX1 to iX9.