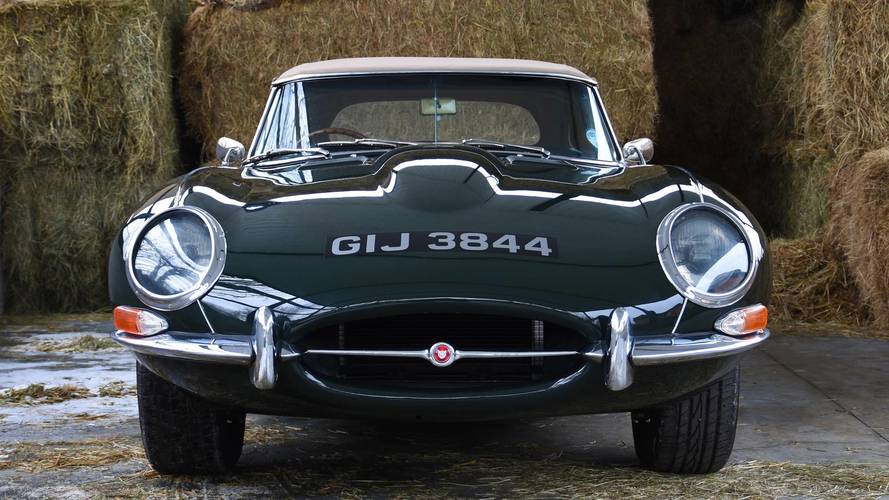 Could this be the perfect E-Type?

An extremely rare Jaguar E-Type has come up for sale in the UK, despite having spent almost its entire life in the US.

The Series 1 Jaguar E-Type 4.2 roadster was originally delivered in California to local man Richard J Neilam in 1967, but was brought to the UK in 2011 when the single-model specialists at E-Type UK began a comprehensive restoration of the car. The company, which has been restoring old E-Types for over a decade, upgraded the car and its 4.2-litre V8 engine up to modern standards, as per the previous owner's request, and it was also converted to UK specification in the process.

'This stunning 1967 E-Type is a fine example of exactly what we’re capable of at E-Type UK. It’s been upgraded by our incredible staff to both bring it up to date with modern demands and to UK spec – and the result is remarkable,' said Marcus Holland, owner and managing director of E-Type UK. 'This is a chance for one lucky buyer to own a truly fantastic Jaguar that’s ready to fire up and hit the road straight from our showroom.'

Thanks to the restoration process and the upgrades fitted to the car, it is perfectly at home in modern conditions, making it the closest thing to a present-day E-Type that has ever existed. It's even got all the right UK documentation and MOT as well as the original handbook and heritage certificate. Perfect.

Watch video of the Jaguar in action below and see the gallery of images at the bottom of the page.