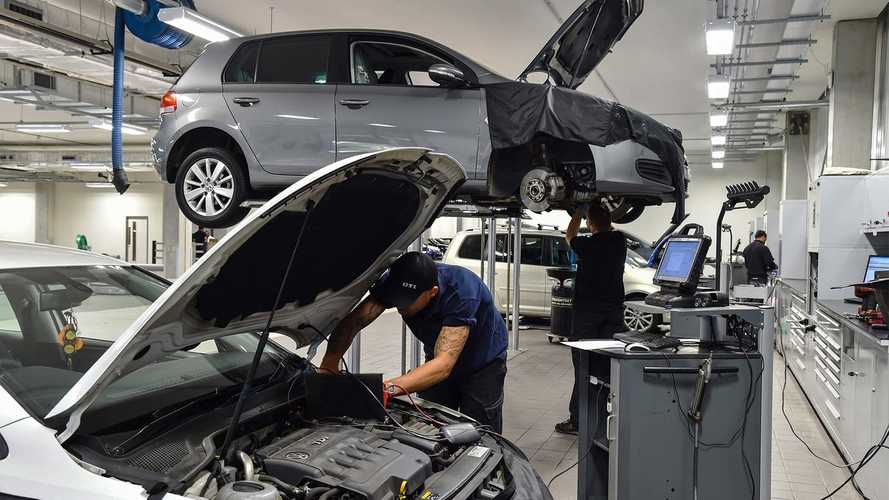 It seems the Australians have incurred VW's wrath.

Volkswagen has hit back at ‘flawed’ tests after an Australian motoring organisation claimed the ‘Dieselgate’ recall fix was causing increased fuel consumption and carbon dioxide emissions.

The German manufacturer recalled thousands of diesel cars after it was found to be using special engine software settings to work around emissions tests in 2015.

Analysis commissioned by the Australian Automobile Association (AAA) found that an ‘affected VW diesel vehicle’ was using up to 14 percent more fuel after the recall work to remove the so-called ‘defeat device’ had been completed.

The AAA study looked at a 2010 Volkswagen Golf, measuring its economy before and after the recall work had been carried out. In urban areas, the car was found to use two percent more fuel than before, but this rose to 14 percent on motorways.

According to the AAA, the study also found that though emissions of carbon dioxide, nitrogen oxides and particulates were all reduced after the recall, nitrogen oxide emissions were still more than four times the laboratory limit in real-world driving conditions.

However, the study also found that both power and torque had been increased slightly after the recall fix.

The AAA concluded that: ‘The results show that VW may have found a fix for reducing the level of noxious emissions, but as a result, the amount of fuel used has increased.’

Volkswagen has reacted angrily to the claims, saying the published data ‘highlights glaring inconsistencies’ in the testing methods.

Michael Bartsch, the managing director of the Volkswagen Group in Australia, said: ‘While the testing procedure used by the AAA may in principle be appropriate for testing emissions of nitrogen oxides, due to the high tolerances of plus or minus 10 percent, it is simply not suitable for testing fuel consumption and CO2 emissions.’

Bartsch also claimed that the pre- and post-recall tests were incomparable as the first test was conducted in warm, dry conditions, while the second was performed in cooler weather with light rainfall.

‘Major flaws that render the tests wholly unfit for purpose included substantial variations in the test runs and atmospheric conditions both on the same vehicle and different vehicles and even the performance of different vehicles being compared,’ he said. ‘As far as VW vehicles are concerned, on-road testing by reputable motoring organisations in Germany, Switzerland and Austria show the opposite results to those arrived at by the AAA.’