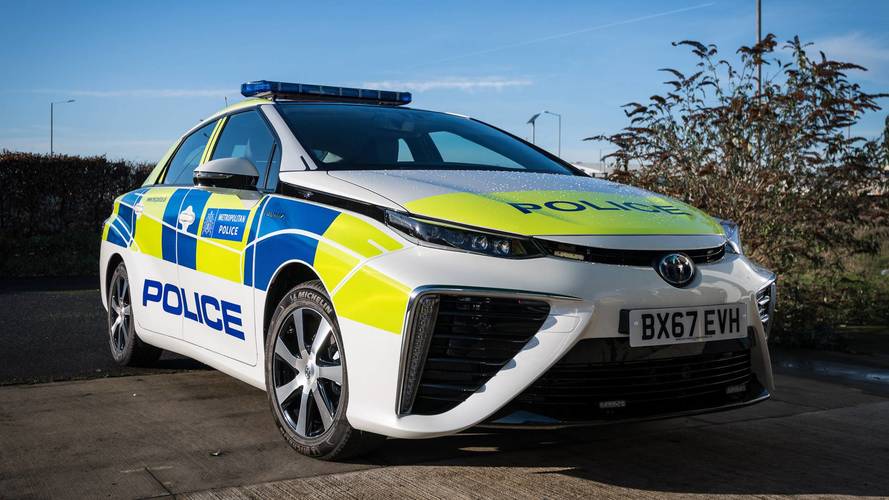 The Met will run a fleet of hydrogen-powered Toyota Mirais.

The Metropolitan police is set to clean up the streets with a fleet of zero-emission hydrogen-powered police cars.

A total of 11 Toyota Mirai hatchbacks, each with a range of around 300 miles, will be used by the police force in a bid to reduce its environmental impact on London.

The cars, which use hydrogen fuel cells to power their electric motors, will be deployed in a variety of roles, with some vehicles wearing full police liveries and others remaining unmarked for covert operations.

At present, the police will be able to fill their Mirais at just five hydrogen filling stations in the capital, but that number is set to swell in the coming months and years.

Met police commander Neil Jerome said: ‘We are delighted to have taken delivery of 11 of these cars to support policing in London. They are our first entirely zero emission response vehicles and this is an exciting development for us.

‘The Met is committed, alongside the mayor, to making the service as environmentally friendly as possible and a big part of that work is ensuring our fleet is green. Since late 2015 we have been actively looking at ways to hybridise and electrify our fleet as well as exploring other new technologies such as hydrogen.

‘This is enabling us to make great strides towards our ambition of procuring 550 vehicles as zero- or ultra-low emission by 2020.’

Shirley Rodrigues, deputy mayor for environment and energy said: ‘It is fantastic to see the Met’s first ever zero-emission vehicles take to the streets of London. Hydrogen fuel cell electric vehicles have an important role to play in helping lower harmful emissions and improve air quality on our roads and the mayor’s Hydrogen London partnership is working to develop the use of this technology in the capital.

‘The mayor is determined to take the bold action needed to protect Londoners from our toxic air and this move highlights how the capital’s emergency services are leading by example and supporting his work towards becoming a zero-carbon city by 2050.’ 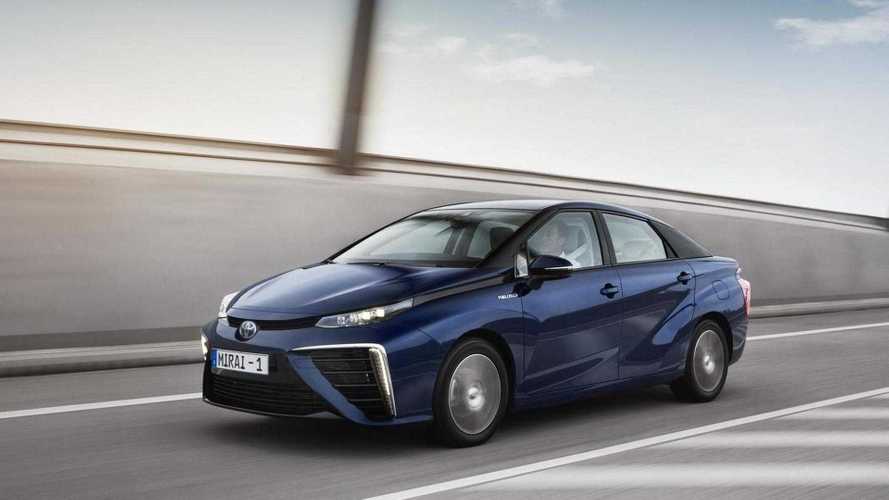