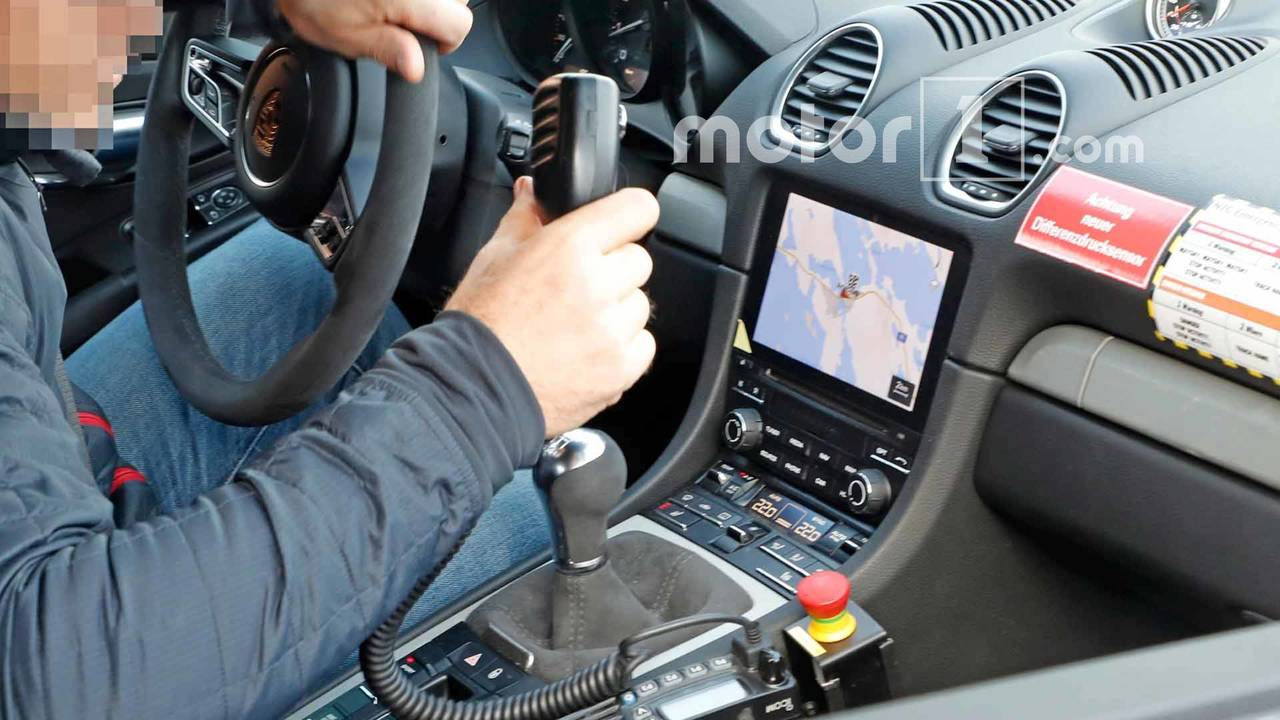 Porsche continues to test the 718 Boxster Spyder in chilly conditions that don't appear to suit the roadster very well – but these things have to be done, just to be on the safe side. In addition to letting us see the model covered in snow, these spy shots provide the best look yet inside the upcoming 718 Boxster Spyder.

Up the front, Porsche's designers have kept the design tweaks to the front bumper, which is only slightly different from other Boxsters. The bigger changes start at the top where the Spyder gains a roof with bikini style straps like the previous generation. The rear deck is also completely different from other variants by incorporating a more curvy appearance, including nacelles behind each seat. At the rear, there's a prominent diffuser and a pair of large-diameter, circular exhausts.

Inside, Porsche doesn't appear to have changed things too much. At the left of the spy shot of the cabin in our gallery, you can see the carbonfibre of the bolstered sport seat. The stylists have also covered the steering wheel and shift knob with Alcantara. The company will likely install less sound deadening to save weight and bring more of the flat-six engine's roar into the cabin.

Unlike other versions of the Boxster, the Spyder is set to get a version of the 4-litre flat-six engine from the 911 GT3. To retain a differentiation in the lineup, Porsche likely won't give the Boxster the full 494bhp. Rumours suggest the Spyder could boast around 430bhp. This would still be a nice upgrade from the 361bhp, 2.5-litre turbocharged flat four in the Boxster GTS and 365bhp in the previous Spyder. This test mule has a manual gearbox, but rumours suggest that a dual-clutch transmission might be an option.

The Boxster Spyder will debut later this year and will be on sale before the end of 2018. If the premiere follows the GTS model's unveiling, we can expect to see the new 718 Cayman GT4 at the same time.