Honda's Mean Mower is back 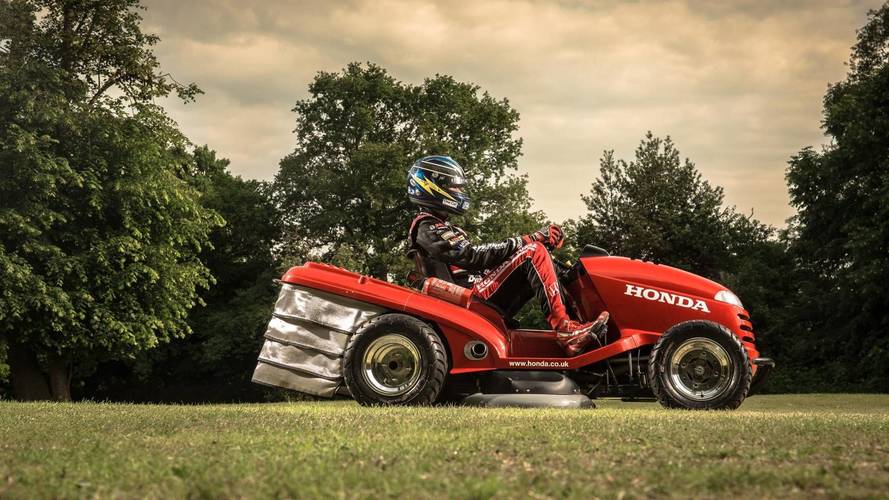 And it's even meaner.

There's a really irritating joke people make about fast Honda drivers – apparently they all drive 'lawnmowers'. Well, if they're driving anything like Honda's latest creation, we want in on the action too.

Built to help promote the brand's line of tractors and lawnmowers (yes, the company actually does make real ones), the Mean Mower was powered by a 1-litre V-twin engine from a Honda VTR Firestorm bike. Other modifications included wheels and tyres from an all-terrain vehicle, and a custom suspension setup. Weight was a mere 140kg and 0-60mph could be handled in just four seconds.

It set the record for the world's fastest lawnmower by reaching a verified top speed of 116mph at the Applus Idiada proving ground in Spain. The run was completed in both directions, with an average being taken of two readings from a 100m speed trap. That record was a huge 28mph quicker than the previous record holder.

Now, the Mean Mower is back, and it's meaner than before.

The old V-twin engine has been replaced with a four-cylinder unit from a CBR1000R Fireblade superbike which produces 189bhp – 80bhp more than the 2013 incarnation. With the power increase, the top speed is expected to be over 134mph. That'll get the garden done in no time.

Mean Mower Mk. 2 is set for a record attempt later this year, with Mini Challenge racer and Fast and Furious Live stunt driver Jess Hawkins behind the wheel.