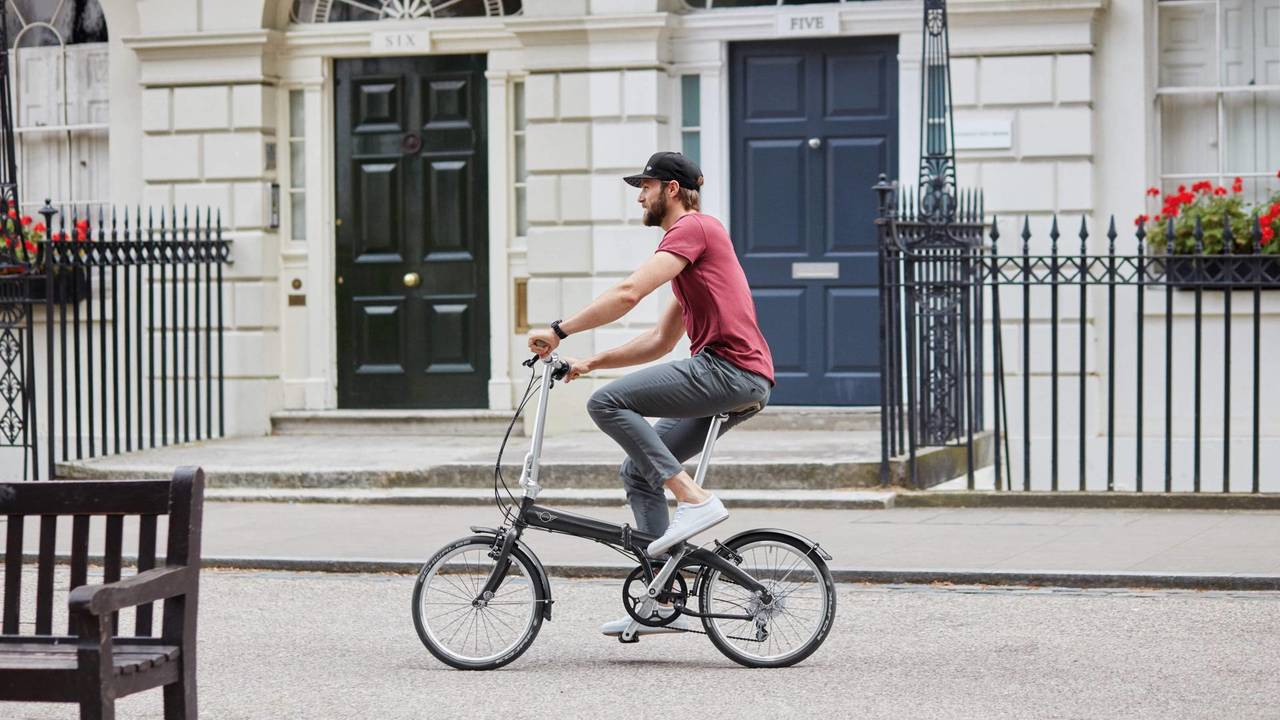 This is one modern Mini that's smaller than the 1960s original.

One of the biggest complaints about the modern Mini is that it isn't, erm, 'mini'. Well, the BMW-owned brand has moved to fix that problem with the launch of a new model. Although it isn't exactly a car – it's not a car at all in fact. The new small Mini is a bicycle.

It might not be a car, but it's certainly Mini's first zero-emissions vehicle, getting the jump on the upcoming electric car from the British brand.

Released just ahead of 'cycling season' (has BMW even seen the weather we've been having lately?) the folding bike can be quickly loaded into any car boot with ease. So if your Mini is that little bit too big for the back streets, this is the perfect optional extra for you.

The bike's matte dark-grey and silver frame is made from aluminium, with the saddle and handlebar grips covered in cognac-coloured leather and the chain covered in Teflon to protect it from stubborn dirt. All of that makes for an extremely lightweight package – the whole thing weighs less than 11kg. The wheels are 20-inch, and the bike comes with eight gears too, so if those tight spaces you're trying to get to are uphill, you'll have no problem.

All of this does come at a price though – it's £576, and you can't even spec it with bonnet stripes or a Union Jack roof, and there's no 4G connectivity either. You can add a Mini-branded bike light, but we suspect that'll be another pricey addition too.

There's no word on whether there will be a hot Cooper S version, or Clubman estate or Countryman off-road variants... but we suspect not.