Alonso considered quitting F1 at the end of last year 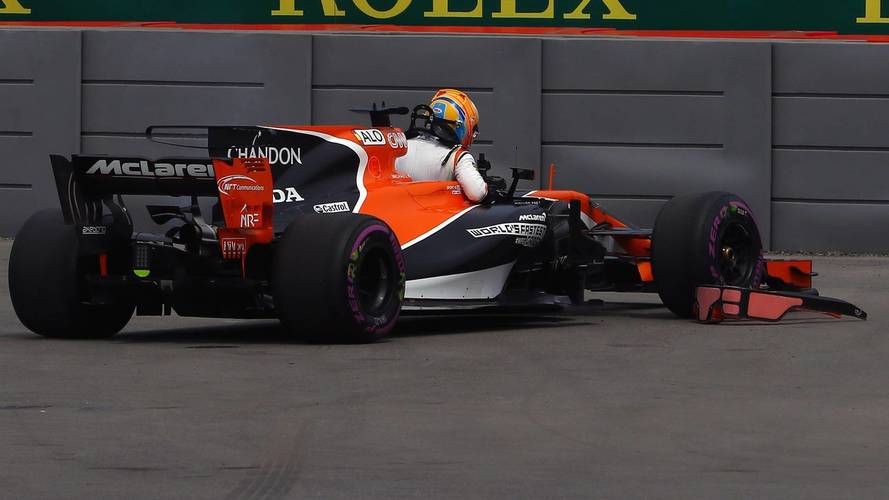 The real surprise is that he carried on.

McLaren driver Fernando Alonso has admitted that he considered quitting F1 at the end of 2017 to pursue his dream of winning motorsport's unofficial triple crown.

In an interview with F1 Racing magazine, Alonso revealed he thought about ending his grand prix career to try to add Indianapolis 500 and Le Mans 24 Hours victories to his two Monaco GP wins.

Alonso contested the Indy 500 last year and will combine his 2018 F1 programme with a Toyota World Endurance Championship campaign that will include his Le Mans debut.

'Yes, I did think about the possibility of changing series and stopping Formula 1,' he told F1 Racing. 'After I did the Indy 500 last year, when I came back there were a couple of races in Austria, Silverstone, when I thought, 'Maybe next year I could try a different series; I could do full commitment to the triple crown and do Indy and Le Mans and maybe that's the best thing.

'But I felt it was not the time for me to step out – not right now, not after these results, not with this feeling. I knew I would regret it for the rest of my life and that I would have this bad taste for the rest of my racing career. So definitely I still want to succeed. There is unfinished business for me and McLaren together. And I think this year is the time all these things will change. I feel pretty sure about that.'

Alonso skipped the Monaco Grand Prix to race at Indy last year as McLaren sought to keep its star driver motivated during a dismal third season with Honda engines. McLaren has now switched to Renault power for 2018, and Alonso hopes he can move away from racing 'with no hope'.

He described 'a bad year for McLaren is third or fourth in the constructors' championship, never ninth' as McLaren finished in 2015 and 2017.

Asked if he hoped the coming season would be a 'normal' one, Alonso replied: 'Yes – back to normality, back to this normal feeling of getting to every grand prix and preparing through practice and qualifying and knowing that you should be in the top five – and if you do well you could be on the podium. And if you do something really special, you could even be a winner. That motivation and that preparation have been the things I've missed. But these are things that I hope to have this year. That's the biggest expectation.'