Meet the French Uber of the future 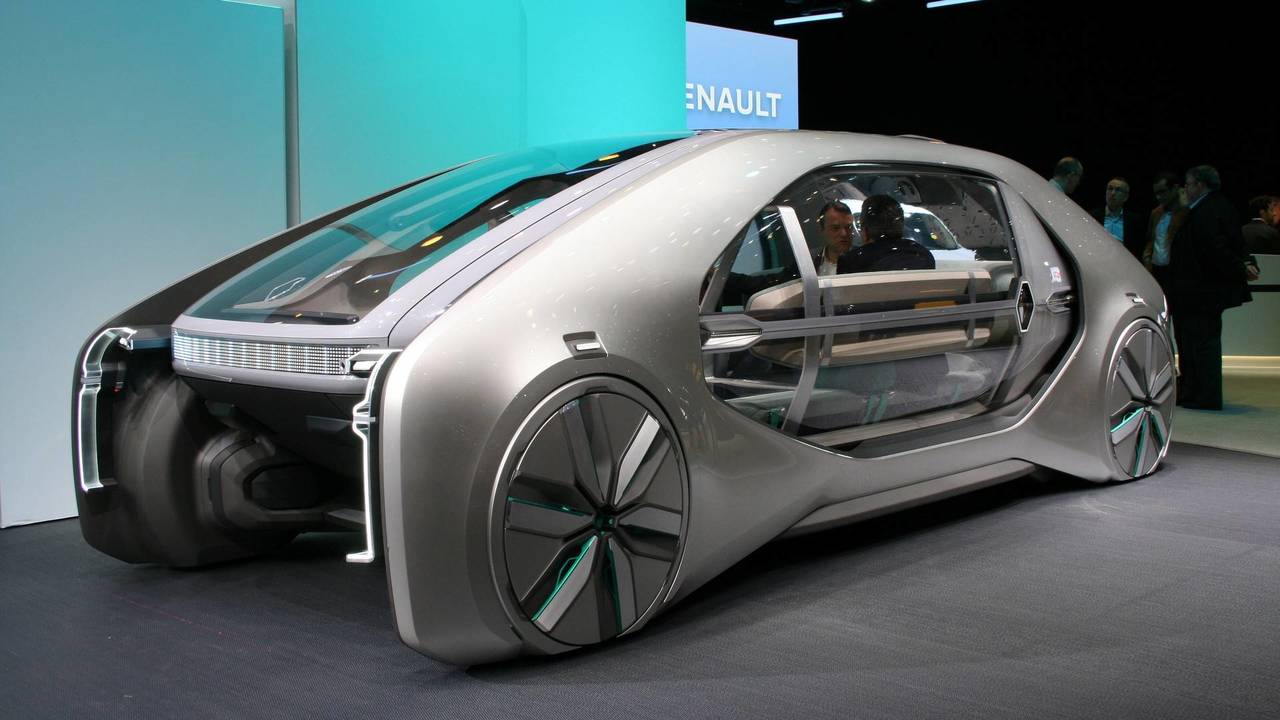 Renault wants to update everything above the wheel.

The EZ-GO is Renault’s vision for a low-cost, ride-hailing ‘Robo-Taxi’ for the city of tomorrow. By tomorrow, we’re talking about 2030, although Renault says it will have some form of autonomous taxi on the streets by 2022.

Unveiled at the Geneva motor show, the Renault EZ-GO probably represents the biggest shift in automotive design since the Ford Model T. At one side of this giant lozenge on wheels is a huge upward-hinging door, with a ramp leading into a comfortable U-shaped sofa for six. The entrance is tall and broad enough to accommodate pushchairs and wheelchairs, and because the speed is limited to 30mph, there is no legal requirement for seatbelts. The sense of light and space in here is exciting too, almost like you’re sat in a giant goldfish bowl or the world’s greatest sightseeing bus.

Underneath the EZ-GO is an all-electric platform that benefits from inductive charging. This means that when the autonomous Renault is ready to have its tea break, it can drive into position over a charging plate and juice up without anyone having to plug in any external cables. Renault says this highly efficient usage should boost the operational time of an autonomous vehicle like the EZ-GO to 80 percent, thus making its ride-hailing service very affordable. The current operational time of a private vehicle is more like 20 percent.

Further features include front and rear mounted cameras, plus a Light Detection and Ranging (lidar) system allowing the car to paint a 3D picture of the world around it. It also benefits from a super-low stance, enabling city goers to see over and through the vehicle, enclosed wheels to cut drag and reduce spray on wet days and four-wheel steering to reduce the turning circle in tight city streets.

Ali Kassai, product planning boss at Renault, told Motor1.com, 'We are moving from the property of the cars to a service. Instead of looking at customers, we need to start looking at users. This demand is coming from the people.'

The French carmaker is already conducting three field trials of its autonomous vehicle technology; one in Japan with sister company Nissan, and two in France. Yet while it’s preparing for a future that supports what Renault describes as ‘mix and match customers’ who will ride hail or borrow cars, it still remains committed to the car lover. 'There is no contradiction between the new electric world and passion,' says Kassai.