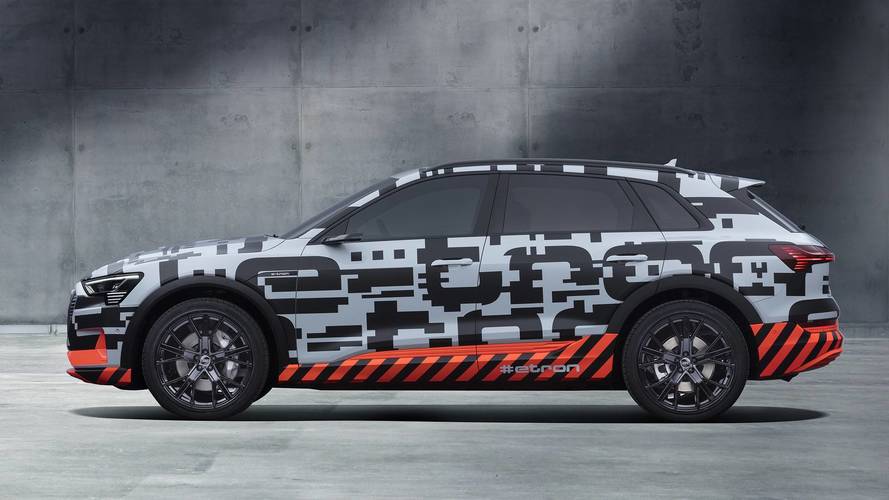 You can now put your name down for the new electric SUV.

Audi has opened the order books for its new e-tron SUV, its first production electric vehicle.

Prospective customers can either visit an Audi showroom, or put down their deposit online. A £1,000 deposit of will guarantee a place on Audi's priority order members club scheme which will put them at the head of the queue for the new car.

Members will benefit from regular updates on the car’s build, as well as invitations to special preview events. They will also be the first to be informed of the car's final pricing and specification ahead of its release later this year. The £1,000 deposit is offset against the purchase price, and will be fully refundable at any time.

Deposits for the new car have already been taken in mainland Europe – with 5,000 pre-orders in EV-loving Norway alone. The priority order members club marks the first time orders have been able to be placed in the UK.

A near-production spec E-Tron SUV was shown to the public at the Geneva motor show last week, while 250 more have been let loose on streets all over the world to complete the car's final testing.

The e-tron SUV will slot between the more traditional Q5 and Q7 models in Audi's model lineup, and will go up against Tesla’s Model X and the Jaguar I-Pace in the emerging posh electric SUV market. The e-tron will be the first of three battery-powered vehicles that Audi plans to introduce before 2020.

Technical specifications are still to be revealed, but a two motor layout – one at the front, one at the rear – and a power rating of just under 500bhp is expected, helping it to do a predicted 0-62mph in under 3.5 seconds. Driving range is expected to be around 311 miles, bettering both the Model X (389 miles) and the I-Pace (398 miles).