Raikkonen thinks that Ferrari could have gone faster still 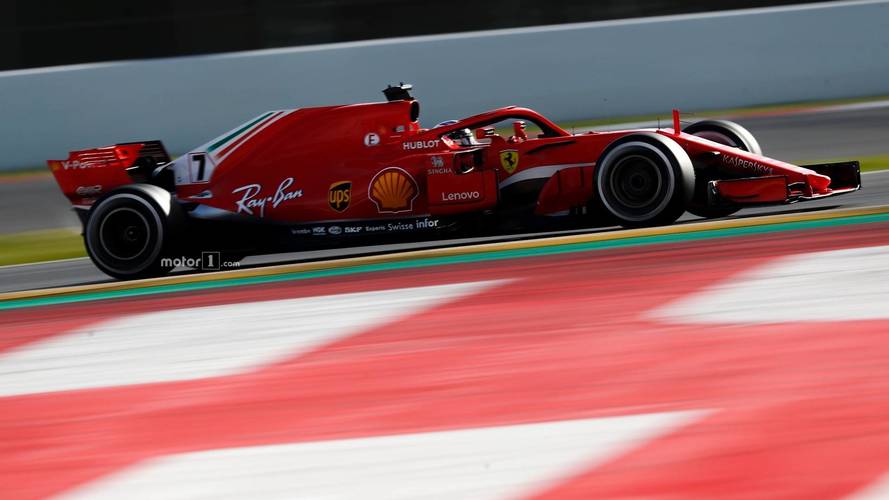 The Finn says his Ferrari could have gone quicker than its unofficial record-breaking speed if it wanted to.

Sebastian Vettel’s Thursday benchmark smashed the previous fastest lap around the Spanish Grand Prix venue and Raikkonen lapped only a tenth slower as he set the pace on Friday. Speaking after the final day of testing before the 2018 season opener in Australia later this month, Raikkonen said Ferrari had more pace to unleash.

'We’ll see in two weeks,' he said when asked if Ferrari could be on pole in Melbourne. 'I’m sure if we want to go faster, we can, but it doesn’t mean anything here. In two weeks everybody will know where everybody is. Until then, we are only guessing, like we were before testing started.'

Raikkonen’s race simulation on Friday was the first time he was able to experience the car on a proper long run, which meant 'obviously we learned a lot'.

He said: 'I think overall it’s a strong package. Obviously, there are always things to improve, and that’s normal with any car, even if you win races. But it’s very reliable, it seems to work in a pretty easy way.'

Raikkonen’s pre-season test programme had been seriously compromised until the final day, with bad weather limiting him to one day’s running last week and an illness forcing him to share a day with Vettel this week. His final-day haul of 157 laps more than doubled his testing tally to 286.

'I guess you always wishing for a bit more here and there, doing laps and trying things, but it doesn’t matter how many laps you do, you always wonder,' he said. 'It was far from perfect with the weather last week, then I was ill. But I think in the end we had a decent day and I had a pretty OK feeling.

'There’s always things to improve, and if we want to go faster for sure we can. But it was a positive day, a good amount of laps and time in the car to learn things and feel more comfortable.'