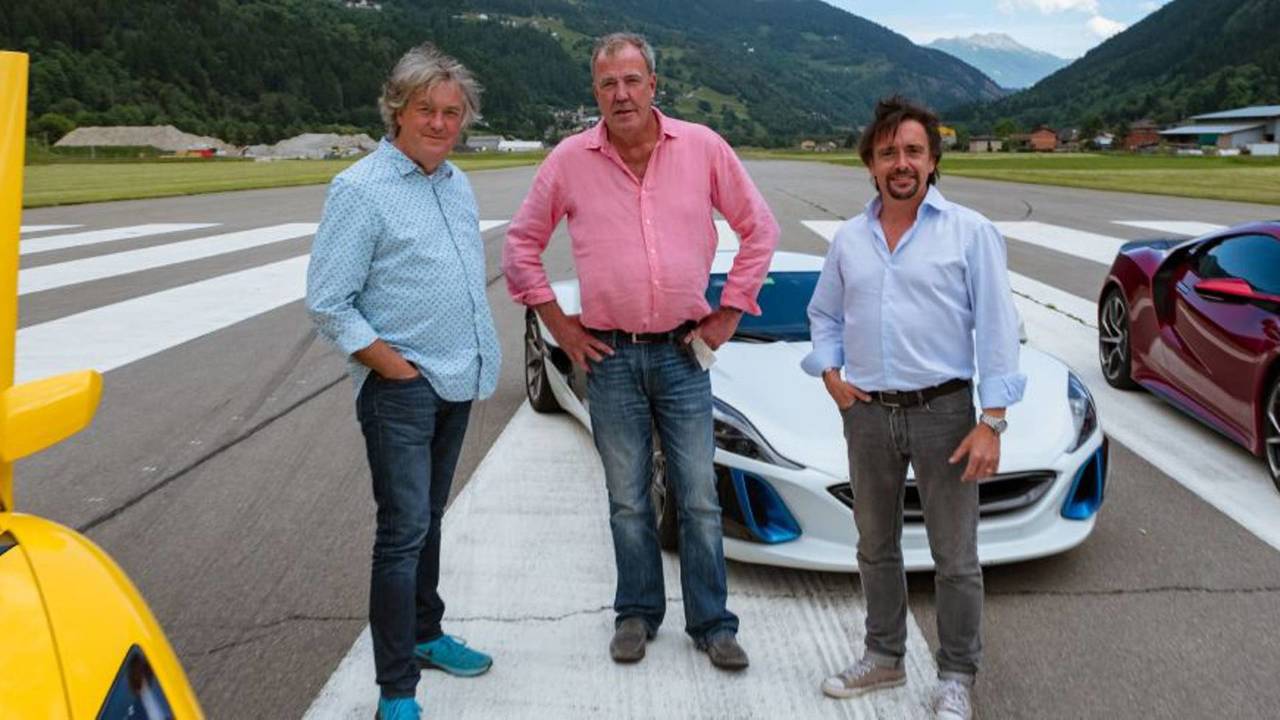 Clarkson, Hammond and May only signed a three-year deal it seems.

What was it Alan Partridge once said? 'Have I got a second series?' Well, Jeremy Clarkson, Richard Hammond and James May could be left asking for a fourth series of their hit Amazon Prime Video show, The Grand Tour, if rumours are to be believed.

The former Top Gear trio joined the American network in 2015, signing a three-series, 36-episode contract. The second of those series has just wrapped, and shooting of the third is set to commence soon. With the original contract's end looming, the rumour mill has been sent into overdrive questioning whether the show – which Amazon CEO Jeff Bezos described in 2016 as 'very, very, very expensive' – has a future.

Weekend reports in the Daily Mail have quoted a source as saying: 'There is nothing to suggest they are going to do another one. No one has signed anything and employees are wondering where everyone will go once filming wraps.'

Jeremy Clarkson has poured cold water on the rumours on Twitter, but fell short of any confirmation of a season four of The Grand Tour, let alone talks of extending the contract. Rumours were strengthened by news that Clarkson has signed to helm a reboot of quiz show Who Wants to be a Millionaire.

Fans of Clarkson, Hammond and May have already begun to threaten to leave the online streaming service if the trio are canned. The Grand Tour has reportedly brought in more than £100 million for Amazon since it was first broadcast in 2016, despite its rumoured high costs – which the presenters have said are roughly similar to their old BBC gig.

The three former Top Gear presenters and producer Andy Wilman set up their own production company, W. Chump & Sons, as a vehicle to produce The Grand Tour – with no other business going its way, it seems that the quartet might need to look at diversifying their portfolio should their only source of business dry up.