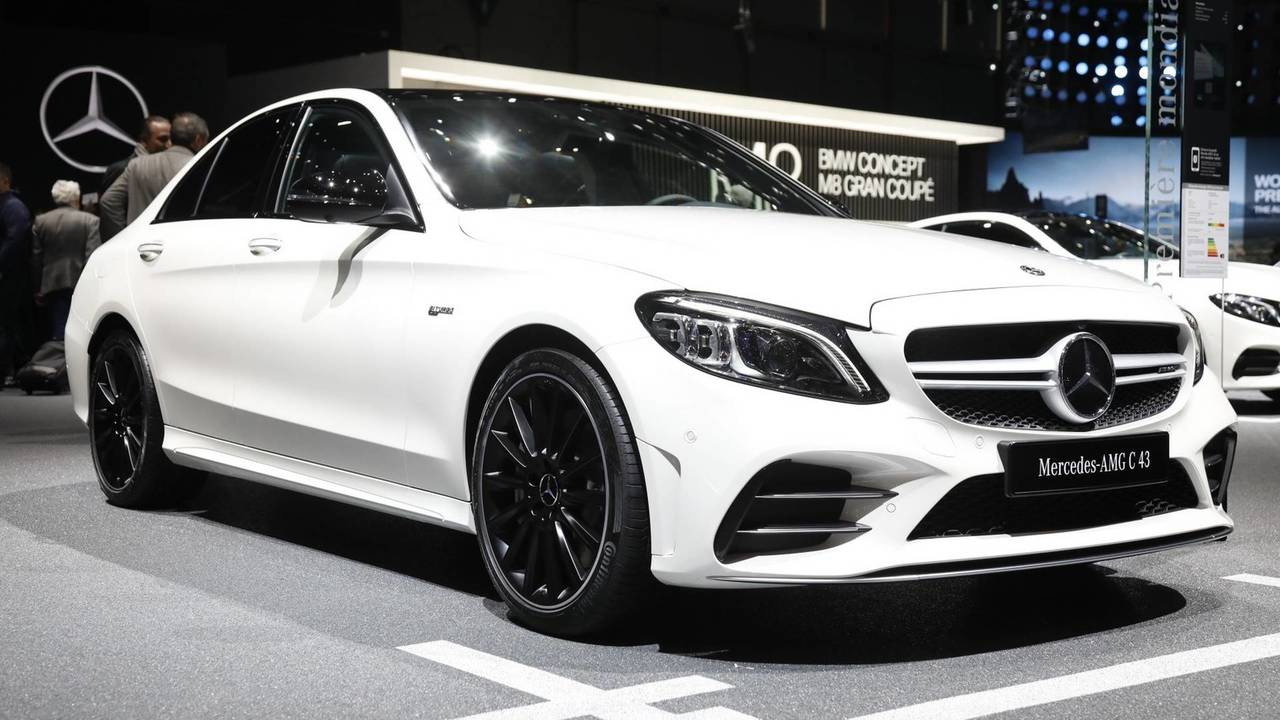 Mercedes has unveiled the facelifted version of its current C-Class at the Geneva motor show. The car, which introduces a pair of new hybrid models to the range, will arrive in showrooms later this year.

The two hybrid models will make use of a new system, that combines with either out of a pair of four-cylinder engines available in either petrol or diesel form. The new hybrid system is 40bhp more powerful than the old one, adding around 120bhp overall. Both cars' electric range will increase to over 19 miles, with the lithium-ion battery’s capacity rising from 6.4kWh to 13.8kWh.

A trio of diesel options fitted with Mercedes' new 2-litre four cylinder engine – the 148bhp C200d, 192bhp C220d and 241bhp C300d; and three petrol options – the C180, C200 and C300 complete the model lineup. The C180 uses a 154bhp 1.6-litre turbo engine, while the C200 and C300 both come with a new 2-litre engine. The C200 will have some electrical assistance, helping it produce 188bhp, plus 17bhp with the alternator acting as an electric motor to improve performance. The C300 puts out 241bhp with just the petrol engine, there's no mild-hybrid system in that model. An AMG version will also be available.

The revised car, also features a handful of subtle design refreshes on the outside, while the interior remains pretty much the same.

Across the range, there will be a whole host of optional extras, including a new 12.3-inch high-definition instrument display, a revised multi-function steering wheel with touch-control pads, a 10.25in infotainment display similar to that seen in the new S-Class, and a touchpad controller rather than the touch screen system used in the new A-Class.

Three improved trim levels, SE, Sport and AMG Line, and both saloon and estate body styles will be available when sales for the updated C-Class begins in March. Prices will start at around £30,000. First deliveries will take place in August.