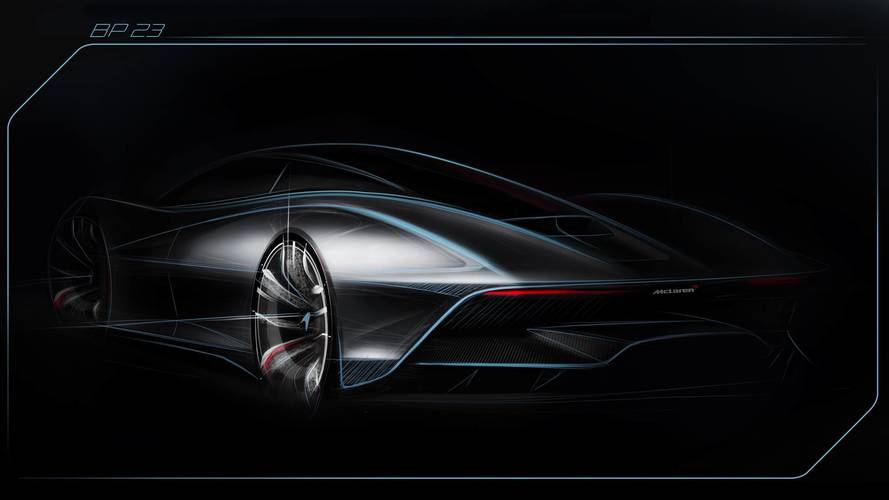 McLaren's new hypercar is setting out to take down a legend.

McLaren has announced that its next Ultimate Series car, the BP23 Hyper-GT, will have a top speed higher than the company's legendary 242mph McLaren F1. The Woking-based firm has also released new sketches of the car’s three-seat layout interior, one of which shows a speedo clocking 243mph.

The new car is something of a homage to the F1, featuring a three-seat layout and central driving position as a nod to its widely revered ancestor. Only 106 BP23s will be built, the exact same number of F1s produced. All 106 have already been sold, setting owners back £1.6 million apiece.

The car itself is still in the middle of development and as yet the final design hasn’t been revealed. It is expected that McLaren will be ready to show its new car later in 2018. All we know about the car – aside from the fact that it will have a crazy top speed – is that it will be powered by a petrol-electric hybrid powertrain.

BP23 is, unsurprisingly, not the car’s final name – like the Senna, Senna GTR, P1, and P1 GTR before it, BP23 will come with a suitable name to reflect its capabilities.

Being a ‘Hyper-GT’, the BP23 is not designed to excel on the track, rather the road. While it will likely be able to hustle itself around a track, that’s best left to the track-focused Senna model. McLaren seeks to build an Ultimate Series car for each type of driving its customers are likely to enjoy.

It wouldn’t be a McLaren if there wasn’t a raft of personalisation options to choose from, though. As such, each BP23 customer will have their car given the full bespoke treatment by McLaren Special Operations.

Production of the petrol-electric hybrid is due to begin at the tail end of 2019, giving unparalled joy to 106 very, very well-off people.