Facelifted Fabia has made its Geneva debut 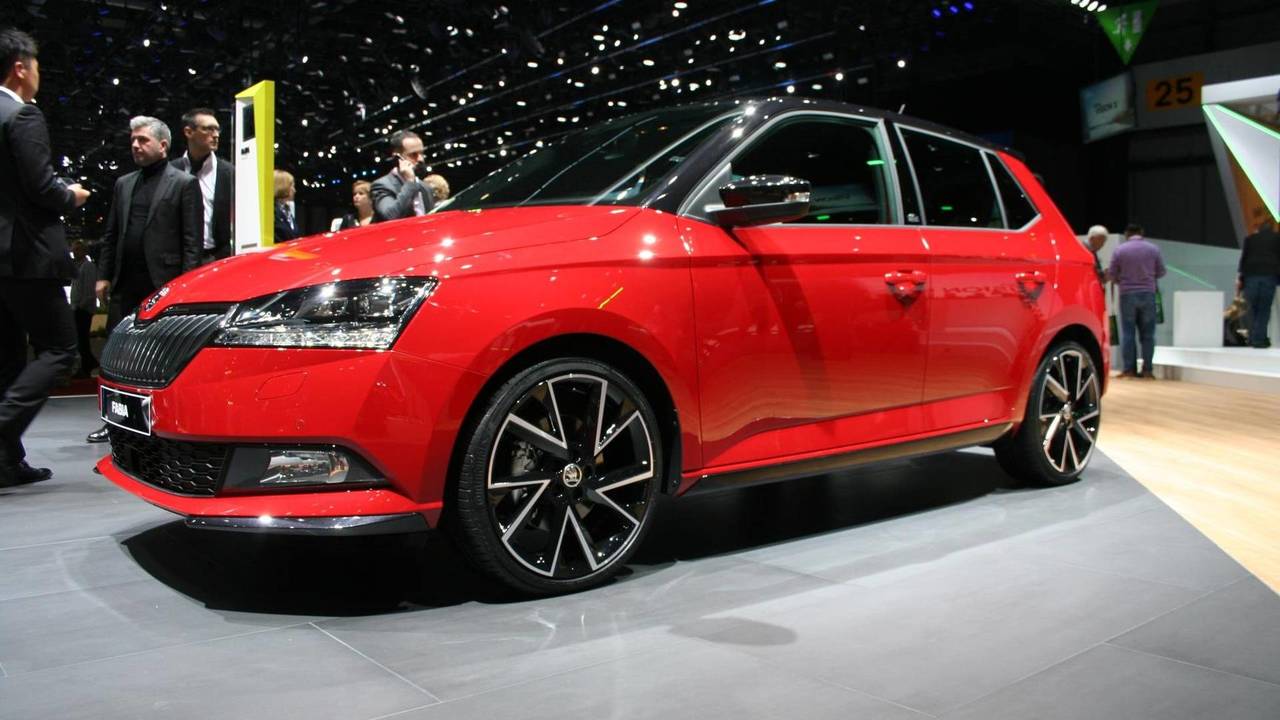 Skoda's facelifted Fabia has gone on show in Geneva for the first time following its online launch last month. You'd be forgiven for thinking this is the old car though – the changes are very subtle.

First up: the lights. At the front and rear of the car the light clusters have been mildly tweaked. They're now equipped with LEDs, and the rear ones have a whiff of Octavia facelift about them too – thankfully, the front ones don't. The new LED lights are more powerful than the original third-gen Fabia, and benefit from auto light assist which switches them to low beam when they detect a car up ahead.

Other than than, the exterior changes aren't exactly in abundance. The other key change being that the hatchback can now be ordered with ridiculous 18-inch alloy wheels, which do look impressive, but are perhaps a bit too 'out there' for a car like this.

On the inside, the infotainment systems now come with a 6.5-inch touchscreen, and still have Bluetooth, USB, and SD card connectivity. Apple CarPlay, Android Auto, and MirrorLink are available from the Swing Plus trim upwards. There are new upholstery choices, plus the addition of dual USB ports and a tablet holder for rear passengers, and automatic windows all round. The Fabia Combi – the estate version of the car – can be optionally had with a removable LED torch and a double-sided boot mat. Blind spot detect and rear traffic alert are also available to make the new Fabia safer than ever before.

There's a variety of engine choices, but Volkswagen's new 1.5-litre TSI isn't one of them. Instead, there are two new three-cylinders with four states of tune between them – a 1-litre MPI with either 60bhp or 75bhp, or a 1.0 TSI with 95bhp or 110bhp. The 110bhp option can be specced with a seven-speed, dual-clutch automatic gearbox. So far it appears that no diesel engines will be offered.