Has the new Volvo S60 been captured uncovered? 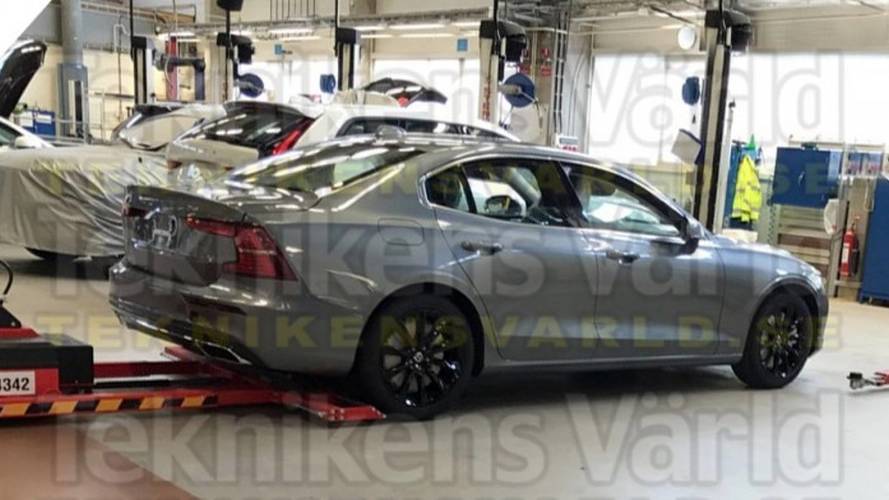 This is our first look at the stunning new saloon from Sweden.

Just a few weeks after the debut of the handsome new Volvo V60 in Sweden, and just a few months out from the official unveiling of its saloon sibling, a new image shows what appears to be the new S60 in full. And from what we can tell, it looks almost as handsome as the estate version that delighted visitors to the Geneva motor show this week.

The image comes by way of the Swedish website Teknikens Värld, and shows what appears to be the part of the rear and side profile of the new S60 completely uncovered. The photo was apparently captured at Volvo’s plant in Torslanda, and is pictured alongside a new XC60, as well as a covered up vehicle that is believed to be either the XC20 or the XC40 electric vehicle.

The same sculpted design elements and sharp rear lights carry over from the V60 before it. A subtle set of gloss black wheels cap off the look, with a chrome treatment on the exhaust tips and window trim. Unfortunately we don’t get to see what the front of the car looks like in this image, but company CEO Hakan Samuelsson tweeted out an image of the car last week  – camouflaged, of course – giving us an idea as to the sculpted front end.

The new Volvo S60 will be launched later this year during the summer – apart from the obvious V60-inspired styling cues, the estate and saloon versions of the 60-series are also expected to share a number of components mechanically, including powertrains.