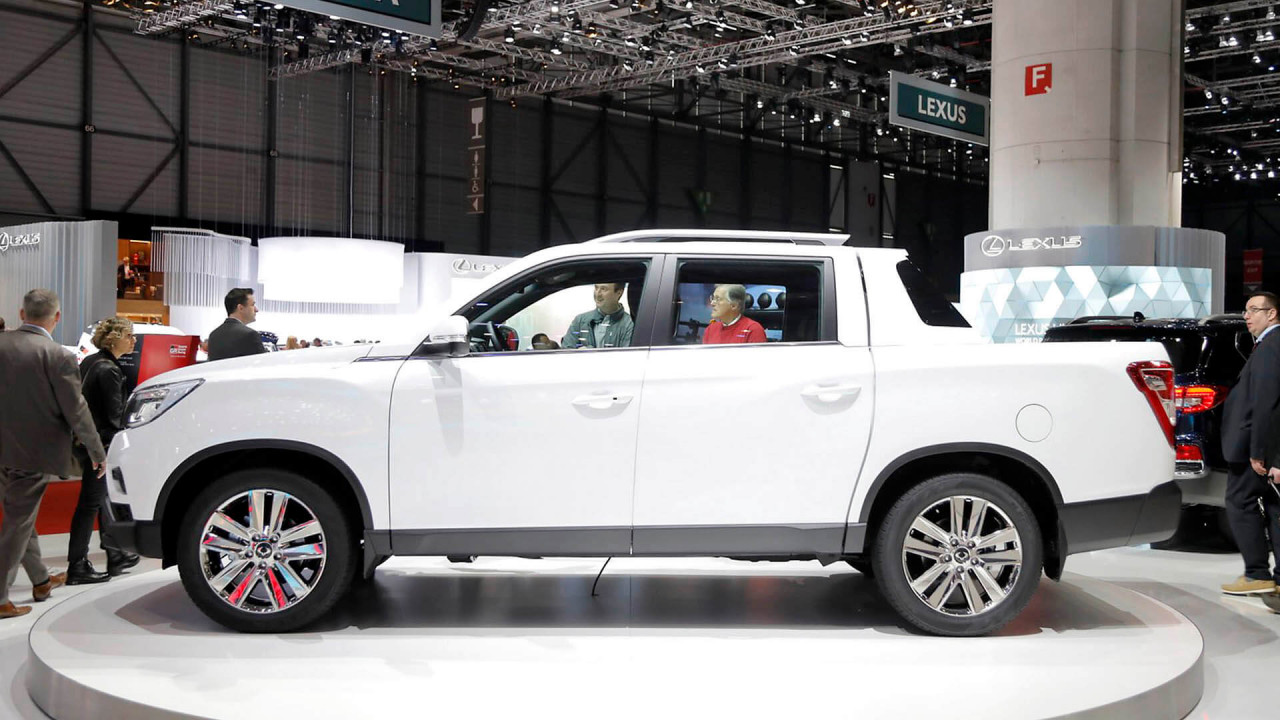 The Musso will be available from this summer.

Ssangyong has unveiled a new pickup truck for the European market at the Geneva motor show.

Musso means rhinoceros in Korean, and you can see why that name was chosen – the truck has a rugged and muscular appearance, and impressive off-road capabilities, which is expected coming from the only dedicated SUV manufacturer from the world's fastest emerging market. Despite the modern, and admittedly impressive, looks, underneath the Musso is old school. Like the manufacturer's flagship Rexton on which it is based, the Musso is built using a simple body on frame technique.

That hasn't compromised structural integrity though. The Musso is built using high strength 1.5Gpa-grade steel in its quad-frame – a world first. Ssangyong says makes the car stiffer than its competitors, while also helping to reduce weight.

Another carry over from the Rexton is the engine which is  the same e-XDi220 which produces 178bhp and 310lb ft of torque. Transmissions available are a six-speed manual or an Aisin six-speed automatic that has already been used by a number of other brands in the automotive world.

Inside, the Musso is well equipped when compared to other European market pickups with nappa leather seats on the top of the range model, DAB radio and Bluetooth connectivity, an 8-inch screen, Apple CarPlay, Android Auto and wifi mirroring. As well, it has room for five people, plus capacity for a tonne in the rear load space – which just happens to be the perfect size to fit a European-spec pallet in. If that's not enough, it is also capable of towing up to three and a half tonnes as well.

The Musso will be available in Europe this summer, with prices to be announced closer to the car's on-sale date.

Also on display in Geneva was Ssangyong's new electric SUV concept car, the e-SIV. Check out the photos of both cars below.