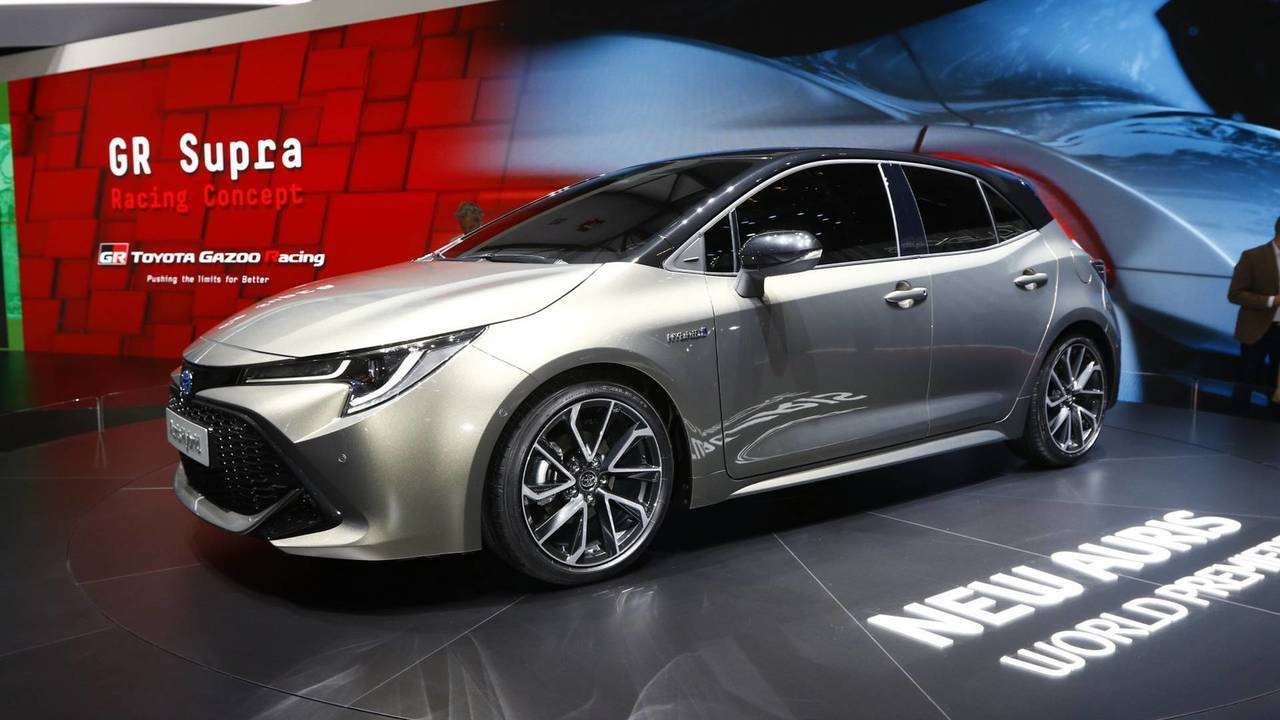 Toyota has taken the wraps off its all-new Auris at the Geneva motor show, surprising showgoers with the car’s sharp new look.

As well as the styling, the headline news is that for the first time Toyota is set to offer a choice of two hybrid powertrain options for buyers of the car – compensation no doubt for the fact that the company is no longer going to offer diesel engines in its passenger car range.

This second-generation version of the Auris is going to be built on the company’s TNGA platform, and Toyota promises that the new car will offer drivers an ‘energised drive’.

Engine options at launch will be a 1.2-litre turbo petrol unit that produces 114bhp, and two hybrid options: the company’s electric motor and battery setup that can be found in the Prius, mated up with a 1.8-litre, 120bhp petrol or a 2-litre, 177bhp petrol unit. Toyota says that in its 1.8-litre hybrid guise the Auris will spend around 50 percent of the average commute driving on electric power.

The new-generation Auris has grown by 40mm in length, all of it between the front and rear wheels to create more space for occupants inside. The car is 25mm lower and 30mm wider, with 20mm chopped off the overhang at the back of the car.

The front and rear windscreens are both steeply raked to lend a stylish air to the Auris – we don’t know what the interior boot measurements are yet to see whether those changes to the rear hatch have affected the load space.

Continuing the fashion theme, the car is available with two-tone paint jobs, contrasting the roof with the body colour.

Toyota remains coy about the interior of the new Auris – the car on the Geneva show stand had blacked out windows, so we can expect a further dump of information from the Japanese car maker at a later date.

UK pricing and specifications are yet to be announced for the family car either, but expect the range to start at a similar point to the previous model, which was priced from £23,000.