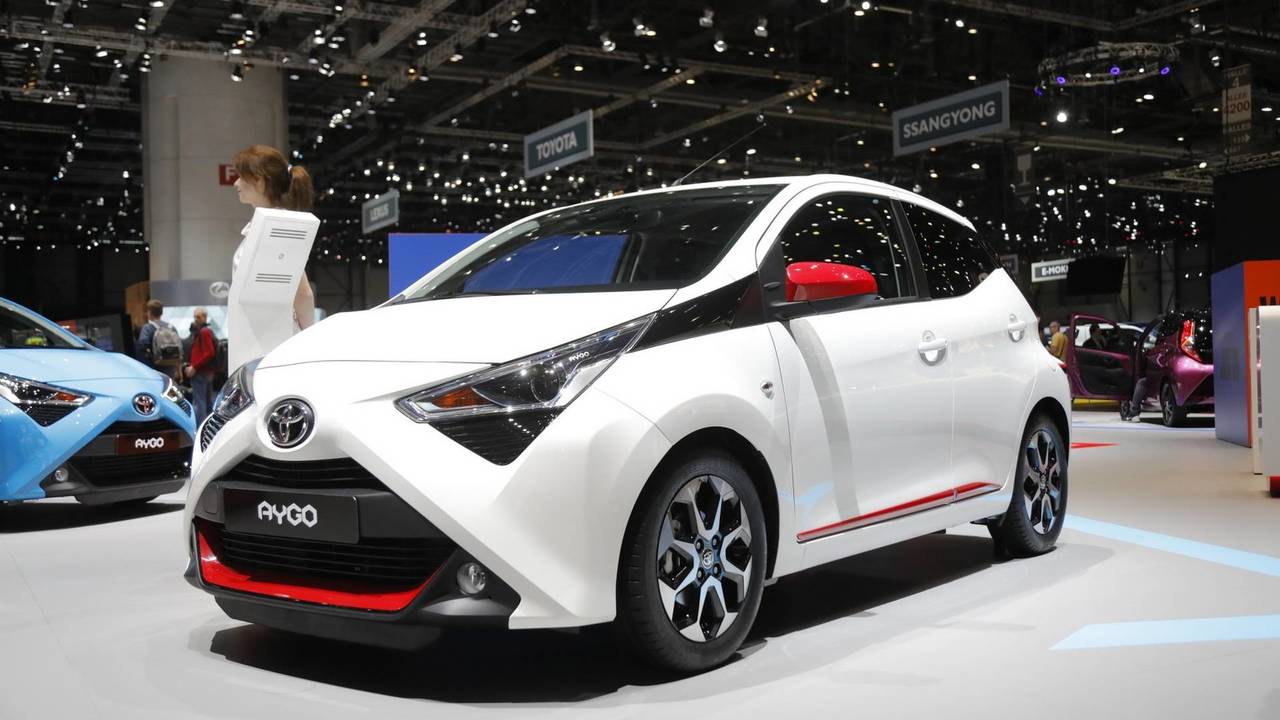 Engine improvements and a new front end headline this facelift.

Toyota has given its second-generation Aygo city car a mid-cycle facelift which it unveiled at this week's Geneva motor show.

The car, which has been on sale since 2014, is know for its distinctive X-shaped front end which has been enhanced on the new car to become more of a 'three-dimensional architectural element'. Black, gloss black or silver ornamentation at the front and LED light guides at the rear further add to the enhanced look of the facelifted city car.

There are new colours and wheel designs too, which can be specified depending on whichever trim level is chosen.

Inside there's new graphics on the instruments, new seat fabrics and yet more new colour choices for the trim with Quartz Grey and Piano Black being introduced. Sound-proofing has also stepped up as well.

The changes to the Aygo are not merely limited to the car's looks, though. The award-winning 998cc three-cylinder engine now meets Euro 6.2 emissions standards thanks to a new dual-fuel injector system, a higher compression ratio, new low-friction components, a cooled exhaust gas recirculation system and an improved balancer shaft for less vibration at idling speed. The engine also now has better torque delivery at lower engine speed

Power is up by two horsepower to 71bhp, acceleration from 0-62mph takes 13.8 seconds and the top speed is 100mph, while fuel consumption has improved from 68.9 to 72.4mpg on the combined cycle.

The refreshed Toyota Aygo will hit showrooms in the UK later this year, with full trim, colour and option choices to be confirmed closer to the on-sale date. Pricing hasn't been announced either, but it'll likely stay at or around the £8,995 that the current Aygo currently costs.

Check out the gallery of images below.