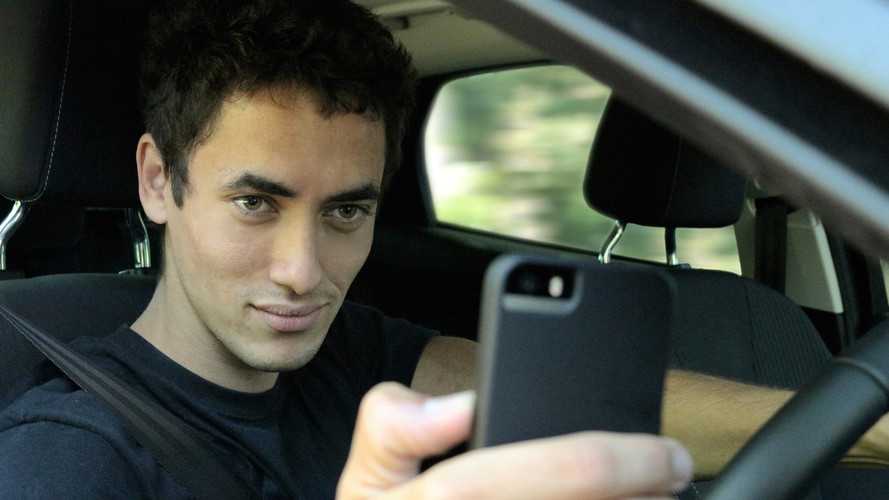 Tougher penalties were introduced a year ago this month.

More than 26,000 drivers have been caught using handheld phones at the wheel in the 12 months since stricter penalties were introduced last March.

The offence now carries a punishment of up to six points and a £200 fine.

According to the Department for Transport (DfT), 500 of these were new drivers who lost their licences altogether as a result of the new penalty, which is doubled for those who have held a licence for less than two years.

It seems that many of the offenders are men, after a crackdown in January caught almost 2,000 drivers in one week. Almost three-quarters (74 percent) were male.

However, the DfT thinks motorists are beginning to get the message, after last year’s Think! campaign reached more than 40 million people.

Chief constable Anthony Bangham, who made headlines earlier this year by suggesting a less tolerant approach to speeding, said: ‘In the year since the new legislation was introduced, we have started to see changes in driver behaviour as the public begin to understand the impact that driving whilst using a mobile phone can have. However, there are still far too many people underestimating the risk that they take when using their mobile phone at the wheel.

‘It is not just about the penalty points or the fine, it is about putting safety first and keeping your eyes on the road so you don’t risk hurting or killing an innocent person.’

‘Drivers tell us that their top motoring concern is seeing other people using a handheld mobile phone at the wheel,’ he said. ‘The introduction of tougher penalties sent a strong signal to offenders and we hope that this, combined with targeted enforcement of the law by police and impactful campaigns, is beginning to encourage a shift in driver behaviour.

‘Regardless of the efforts by government, the police and road safety campaigners, the decision to pick up a handheld phone – or leave it alone – while driving remains a personal choice that each driver makes. While the temptation may be strong, drivers need to really ask themselves what is so important that they must risk their life, and the lives of others, by using a handheld mobile phone at the wheel.’