Public debut in Geneva for new Audi A6 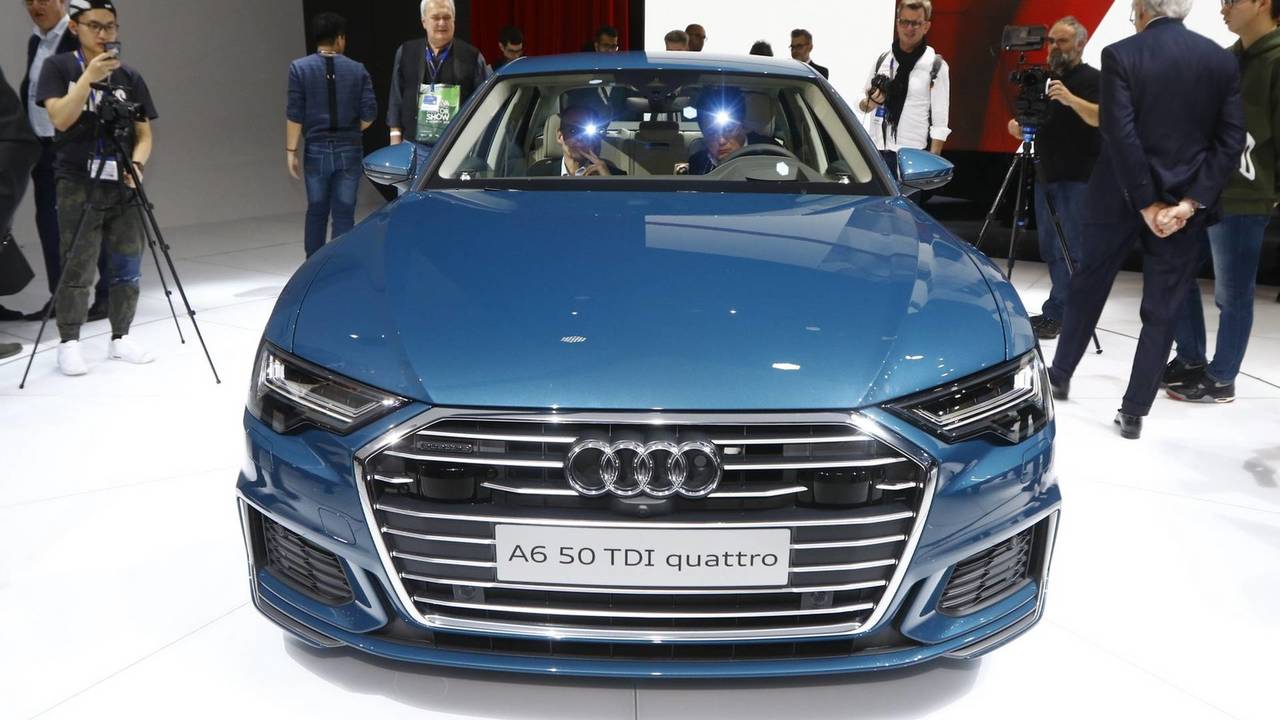 It's the same, but ever so slightly different.

The new Audi A6 saloon has arrived at the Geneva motor show, following an online reveal last week.

There are no surprises from the new car, which sharpens up the look of the previous-generation car and incorporates some of the design cues from the recently launched A8 range-topper and A7 Sportback.

Inside, the new A6 expertly channels its A8 big brother, with the dual-touchscreen dashboard and Audi Virtual Cockpit that we’ll also see in the upcoming Q8 and Lamborghini Urus SUVs.

Tick the right boxes and you can get a 10.1-inch display stacked on top of another 8.6-inch number in the middle of the dashboard. Spec the digital instrument panel and you’ll get another 12.3-inch display behind the steering wheel.

The new A6 uses the latest tech to take care of the fiddly bits of motorway driving, such as sticking to the speed limits and not crashing into the car in front. It will even park itself when you get home, a manoeuvre to thrill your friends and make your neighbours jealous.

The 3-litre diesel engine manages 40.6mpg and 150g/km CO2. Power output is rated at 282bhp and a whopping 457lb ft torque. The petrol gets a nice seven-speed S-tronic automatic transmission, while the diesel comes with an eight-speed Tiptronic automatic number to handle all those extra torques.

More will be added to the range later on, including more frugal four-cylinder options. Audi tried a hybrid version of the A6 a few years ago which tanked, but this time round every car that’s sold will feature 48V mild-hybrid tech with coasting and start-stop functionality built in.

As well as a limited engine range at launch, the new A6 goes on sale with just the saloon model available – it will be followed by the estate version later this year and the chunky A6 Allroad with its 4x4 and rugged looks.

The A6 saloon goes on sale in the UK this summer – prices and specs will be announced soon. Keep checking back at uk.motor1.com for more details.