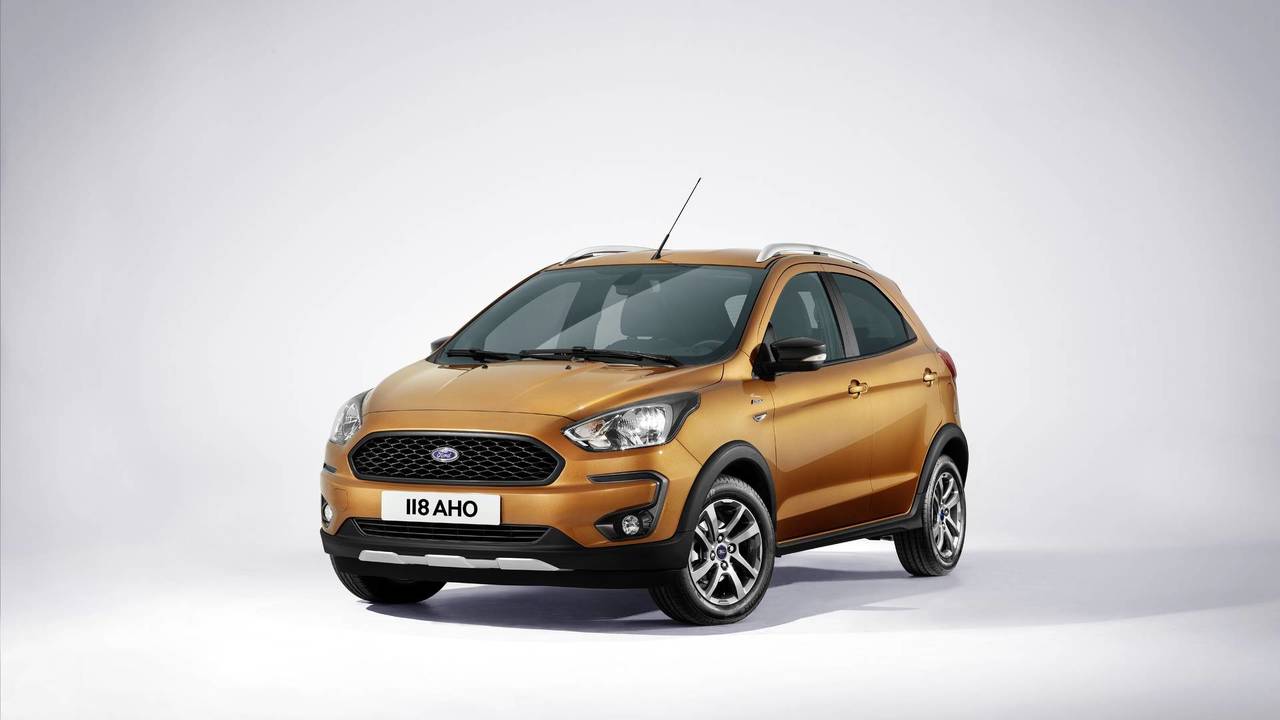 There so much buzz around Ford’s new Fiesta that you might have forgotten about its most affordable hatchback. The Ka+ has received some love in the form of a facelift and an all-new Active model.

Just like the Fiesta, the Ka+ Active is a more rugged looking version of the city dwelling hatch. A black grille, roof rails and plastic cladding set it apart from lesser models. Under the skin there’s a wider track and reworked suspension that makes the new Active model 23mm higher than standard. It’s no Land Rover Defender, but it has its sight set on the Kia Picanto X-Line.

Sweeping changes have been made to the rest of the Ka+ range with a new chrome grille and restyled light clusters modernising the design. Tweaks to the interior includes a boost in standard equipment that now includes automatic headlights and wipers. Additionally you can get  Ford’s latest 6.5-inch Sync 3 touchscreen infotainment system that features Apple CarPlay and Android Auto.

Engine options have been revised as well with a new 1.2-litre three-cylinder replacing the ageing Duratec — no sign of the peppy 1.0-litre EcoBoost motor coming anytime soon though. Joining the petrol option is a 94bhp 1.5-litre diesel which claims 68.9mpg and emits just 99g/km CO2. The engine meets the latest Euro6 regulations that ensures engines meet particular environmental standards. Diesel sales have been declining of late, with some manufacturers looking at abandoning the fuel altogether, but Ford is bucking the trend by adding a diesel engine to the range.

Ford has sold over 61,000 Ka+ globally since its introduction in 2016 and it hopes that adding more choice will bolster its success. Prices start from £10,795 with the updated Ka+ going on sale later this year.